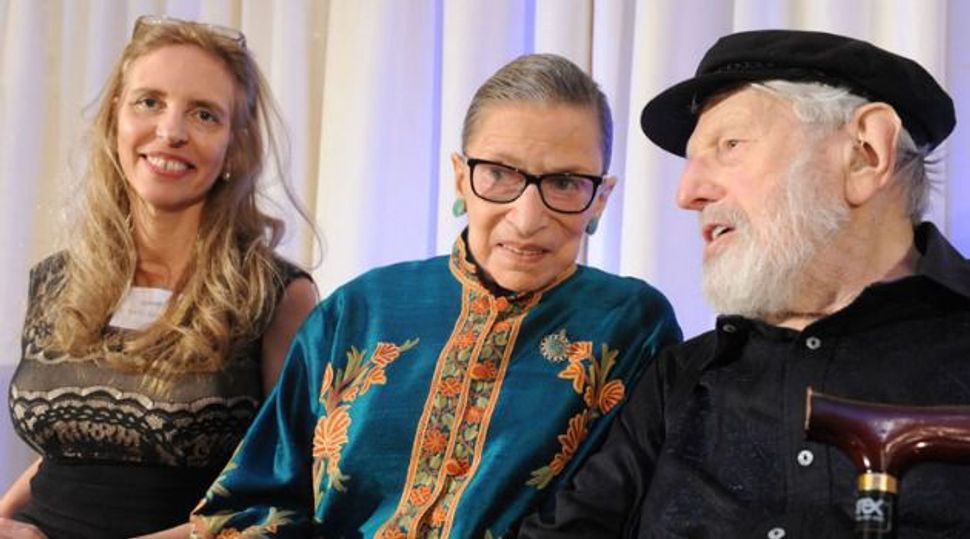 Theodore Bikel, who played Tevye and Captain Von Trapp on Broadway before they got all too cool for school in Hollywood, celebrated his 90th birthday on Sunday.

Over 250 guests attended the party hosted by Moment Magazine at the Washington Hebrew Congregation. Our favorite Notorious Supreme Court Justice Ruth Bader-Ginsburg also made an appearance. (Check out her outstanding blue caftan, above).

According to the Washington Post, Bikel looked pretty “spry for a nonagenarian,” and proceeded to entertain the crowd with renditions of “Edelweiss,” from “The Sound of Music” and “If I Were A Rich Man,” from “Fiddler on the Roof.”

I’ll just be over here practicing my karaoke face — for next year, you know.