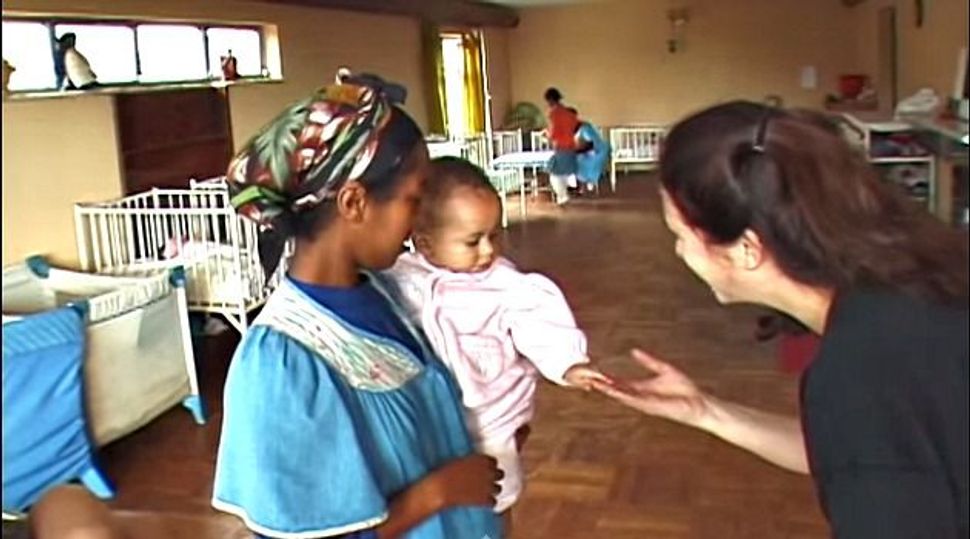 It’s not often we get an “aww” moment courtesy of Sarah Silverman, but this definitely qualifies.

The comedian took to Twitter on Monday to share a video of her sister, Reform rabbi Susan Silverman, greeting her adoptive son Adar for the first time (Bonus: shots of Sarah Silverman as a proud auntie!)

Check out @RabbaSusan’s adoption site & watch the vid of when this hunk (my nephew) came home http://t.co/0Gk4UgBYvQ http://t.co/QkOp42LpBU

Susan Silverman, Sarah’s older sister and a member of Women of the Wall, moved to Jerusalem in 2006. She and her husband Yosef Abramowitz have five children, two of whom were adopted from Ethiopia. You can read more about her work on international adoption here.

In the meantime, check out the family’s “Happy Adoption Day” video. Tissues recommended.