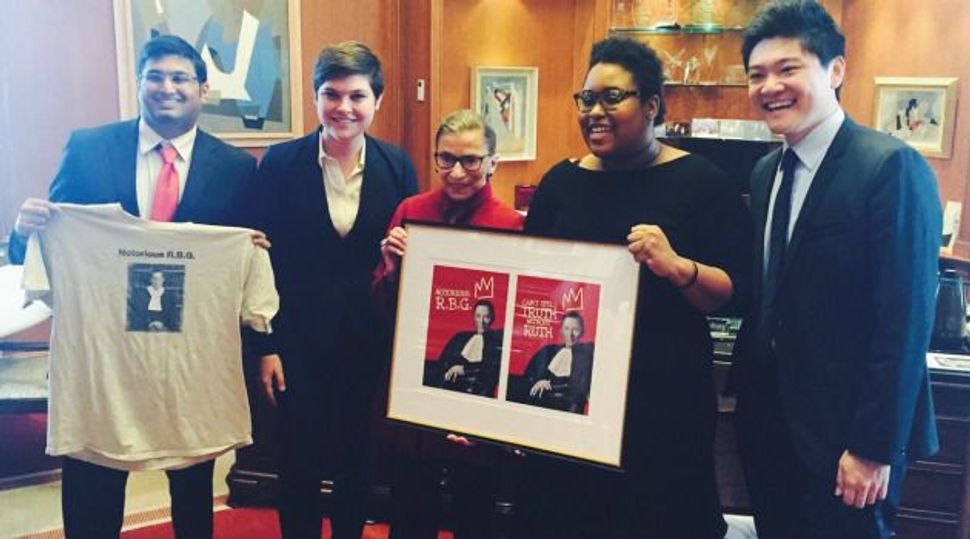 Here’s what the Supreme Court justice, who recently underwent heart surgery, had to say to her many, many fans:

Me: How are you feeling? It’s amazing you’re back at work so quickly.
RBG: Well I have a stress test tomorrow. I’m not allowed to work out with my trainer until after that… .
Me: Is there a message you’d like to give your fans?
RBG: Let them know I’ll be back doing pushups next week.