10 Womance Movies To Watch on Christmas 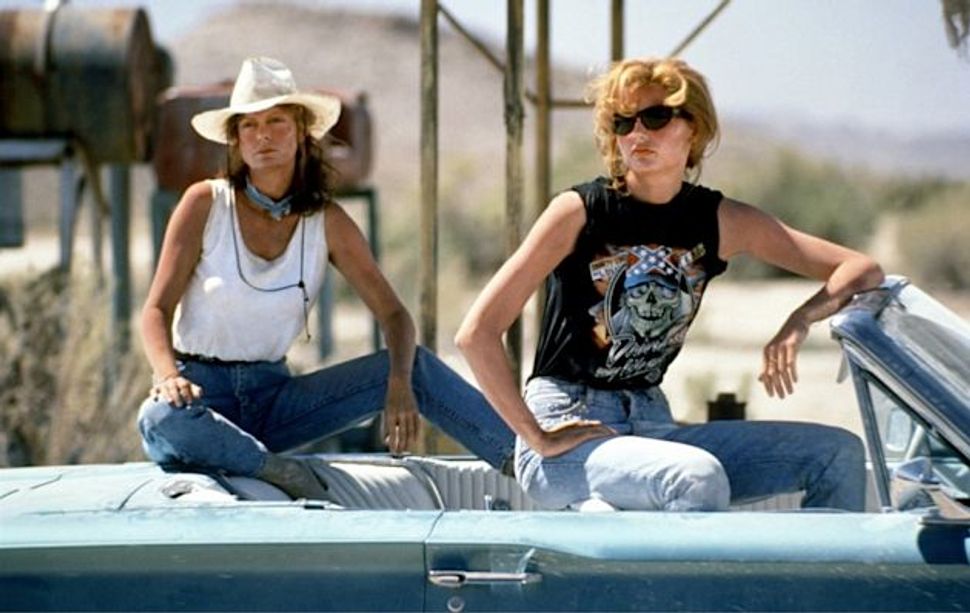 When Susanna Fogel and Joni Lefkowitz decided to write “Life Partners,” they used Nicole Holofcener’s “Walking and Talking” as their model. The 1996 indie is about two close friends, played by Anne Heche and Catherine Keener, and how their relationship changes as one is about to get married and the other struggles with single life in New York City.

There are plenty of other female buddy movies that are funny, sad and even suspenseful. Here are just a few:

The man who gave us “Exodus: God and Kings” and Callie Khouri, the screenwriter behind the TV show “Nashville,” combined forces here for a top notch film about two women who decide to take a two-day vacation from their hum-drum lives. Thelma (Geena Davis) is married to an abusive control freak and Louise (Susan Sarandon), is a waitress. Things go from bad to worse, including a near-rape, a murder, a robbery, an exploding oil tanker and a cop taken prisoner. But on the plus side, they find empowerment. You probably know the ending. If you don’t, watch this movie.

One of the American Film Institute’s best comedies of all time, this workplace film pits three female employees — Jane Fonda, Lily Tomlin and Dolly Parton -— against an obnoxious boss, Dabney Coleman. Of course you loved the song, and the movie is even better.

Based on Elizabeth von Arnim’s 1922 novel, this movie tells the story of four British ladies of disparate backgrounds who rent a small and secluded Italian castle on the Mediterranean to escape bad marriages and the rain. Ultimately, they find hope, love and rejuvenation. Sound corny? But it’s British.

The film is about the coming of age of three young women who are waitresses at the town pizzeria in Mystic, Connecticut. Though highly rated, the movie it is probably as famous for the stars it introduced as for the film itself: Annabeth Gish, Julia Roberts and Lili Taylor. It also marked the movie debut of a young Matt Damon.

An unlikely trio — a lesbian lounge singer, a pregnant girl who wants to escape a brutal boyfriend and a woman with HIV — come together to take a cross-country road trip. It doesn’t sound special, but the performances by Whoopie Goldberg, Drew Barrymore and Mary-Louise Parker elevate the film, as does its totally satisfying denouement. Also, it has an early role for Matthew McConaughey.

This is a perfect example of the power woman have if they band together — especially if they’re witches. Based on the hilarious John Updike novel the movie features Cher, Susan Sarandon and Michelle Pfeiffer who bond to vanquish Jack Nicholson, he of the devilish smile. Is it giving too much away to say that his smile isn’t the only thing devilish about him?

Based on the Fannie Flagg novel, “Fried Green Tomatoes at the Whistle Stop Cafe,” the movie tells the moving story about the friendship of two pairs of women. The younger pair is Mary-Louise Parker and Mart Stuart Masterson. The older pair is Kathy Bates and Jessica Tandy. Ironically, like “Boys on the Side,” this Parker film also involved an abusive boyfriend/husband who is murdered. The film received kudos from most reviewers even though it excised a lesbian subplot that was in the book. Let’s remember, this was 1991.

Bring tissues. Don’t count on the wind beneath your wings to dry your tears. Life-long friends, Bette Midler and Barbara Hershey fight, make-up, fight and become successful. And that’s all you’re gonna get from me, except watch for Mayim Bialik.

Two soccer playing female Brits (one playing surreptitiously because her Indian parents forbid it) become close friends even though they both have crush on their coach, Jonathan Rhys Meyers. That is until one, Keira Knightley, spies the other, Parminder Nagra, kissing the coach. Oops. Fun fact: in the original version of the film, it was the two women who were supposed to wind up together, but Chadha rewrote the script to avoid offending Indian sensibilities. There’s talk a musical version of the film will open in London next year.

Not to be confused with “Bride Wars,” this movie stars Kristen Wiig (who co-wrote the screenplay) who plays Annie Walker (not to be confused with the character of the same name in TV’s “Covert Affairs”). Kristen’s Annie, 30-ish and single, is thrown out of sorts when her best friend, played by Maya Rudolph, is about to get married. Much lowbrow comedy ensues; how much you like this film will depend on your tolerance for, among other things, the aftermath of food poisoning. Outstanding performances by the entire caste, including Rose Byrne, and especially Melissa McCarthy, made this one of the top grossing films of the year.

10 Womance Movies To Watch on Christmas