Jewish ‘Werewolf’ of Argentina? Not So Fast. 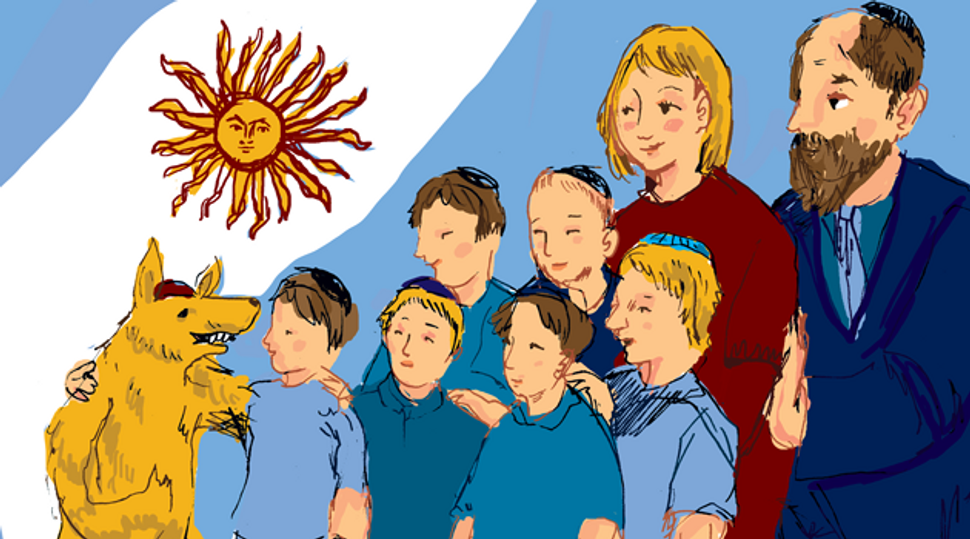 Sorry, no Jewish werewolves for you!

Remember that article about the Argentinian president adopting a Jewish boy to stop him from turning into a werewolf? The one that seemed too ridiculous to be true?

Well, turns out that it was bogus. At least, according to The Guardian.

The drama started when President Cristina Kirchner announced she was adopting as her godson Yair Tawil, the seventh son of a Chabad emissary in the central city of Rosario and his wife.

The symbolic “adoption” is part of a longstanding Argentine presidential tradition. And It is in fact true that a family’s seventh child is eligible to become the Argentinian president’s godson or goddaughter.

This tradition, according to the paper, originated with a request that came from a Russian-Argentinian in 1907:

“The couple wanted to maintain a custom from Czarist Russia, where the Tsar was said to become godfather to seventh sons, and Argentina’s president accepted.”

This incident started a long tradition that became a law passed in 1974 by Isabel Perón.

For some reason, it seems that this very-real tradition somehow got muddled up with a very mythical folk tale about the lobizón, the Argentinian werewolf (in fact, a mix of a pig and a dog). According to some stories, Argentine legend has it that the seventh son of a family can somehow be transformed into the mythical beast.

Journalists who knew of both traditions somehow conflated them, according to the Guardian.

Despite the werewolf mixup, Yair Tawil, did set an important precedent in this long standing tradition. He is the first Jew to be “adopted” by the Argentinian president, who, since her election to office has adopted more than 700 children.

Jewish ‘Werewolf’ of Argentina? Not So Fast.