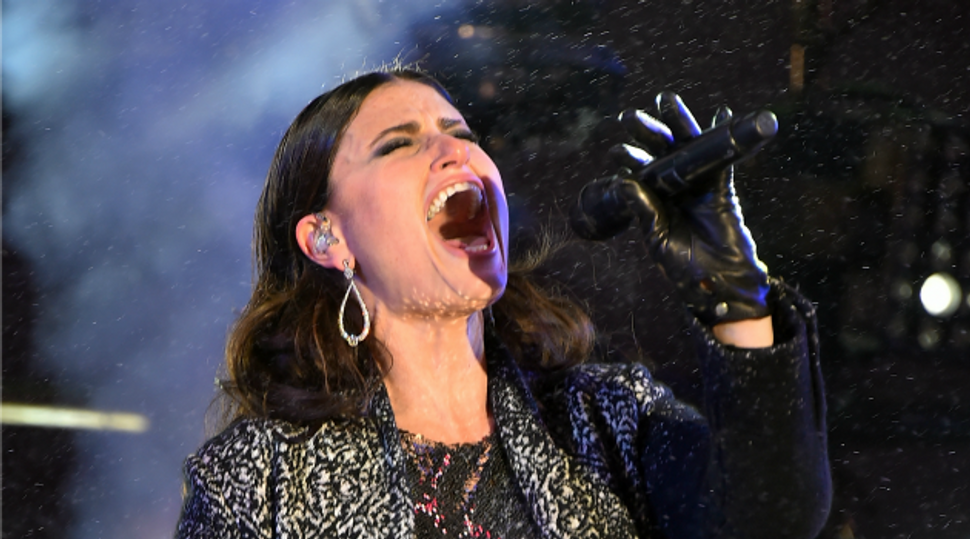 Idina Menzel wants you all to let it go already.

In case you haven’t heard, the “Frozen” sensation performed the Oscar-winning song during “Dick Clark’s New Year’s Rockin’ Eve With Ryan Seacrest,” what’s up with that name by the way?. All was going as planned: people were cheering, singing along, channeling Elsa — and then it happened. Menzel missed the high note.

And yet, if 100 years from now people look back on this relatively inane moment in human history with Twitter as their only source, they would be left to conclude that this was a catastrophe on par with the Hindenberg (“Oh the humanity!”).

Idina Menzel: You did NOT hit that high note, girl

Was it me or did @idinamenzel sound like a cat getting run over by a truck during that high note tonight? #rockineve

No matter that this is an incredibly difficult song to sing — I’m the first to point out that I sound like a dying animal —  we expect perfection. Every time.

Thankfully for the human race, Idina Menzel has a sense of humor. The actress and singer took to Twitter for her response:

This is something I said in an interview a few months ago. pic.twitter.com/J63wLZJHnp

Internet historians of the future, have mercy on us.