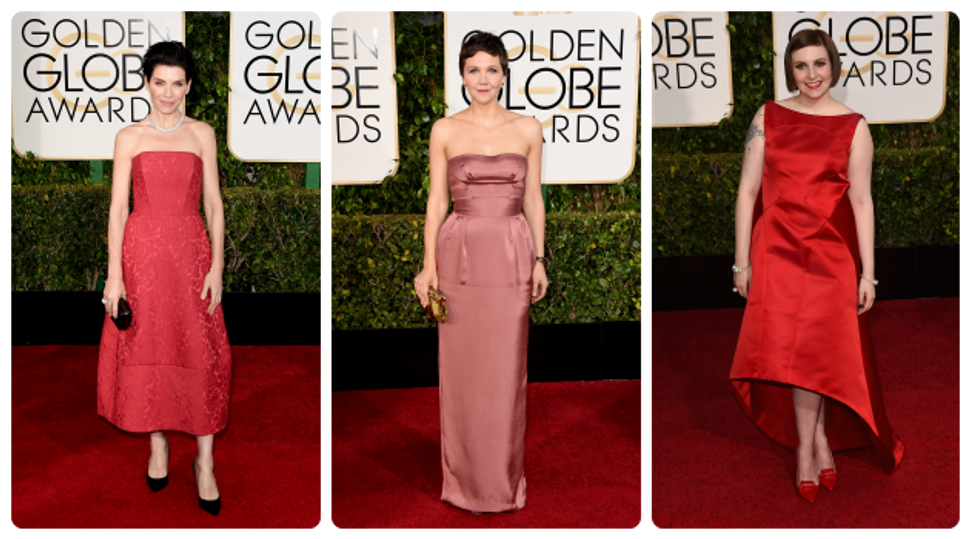 Just call it a comeback – on the red carpet – for “Girls” creator Lena Dunham, who wowed in a stunning ruby red satin Zac Posen (who else!) number at the 72nd Annual Golden Globes Awards Sunday night.

Dunham, one of four Jewish actresses nominated by the Hollywood Foreign Press Association, rolled snake eyes inside the Beverly Hilton in Los Angeles – she and her HBO dramedy both lost out.

But it was a different story outside. A year after Dunham’s hideous canary yellow disaster, also a Posen, landed her on E!’s Worst Dressed list, she hit it out of the park with the high-low sculpted gown with boat neck neckline.

The matching ruby heels and understated jewelry choices rounded out the fashion win. This was actually the third time for Dunham in Posen (also Jewish) – two years ago he adorned her in an off-the-shoulder aubergine creation. 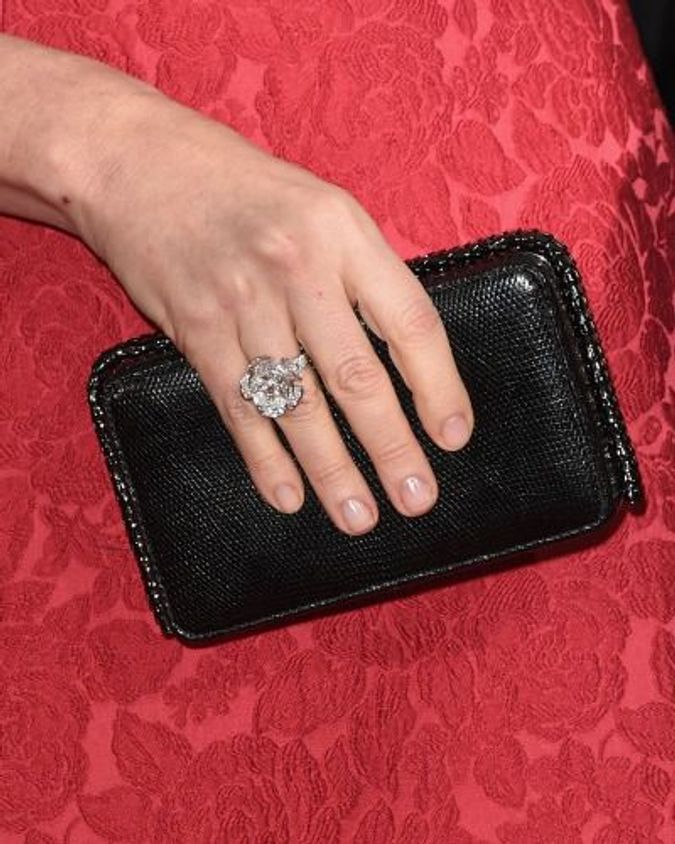 Red appeared to be a favorite choice for many actresses Sunday. “Good Wife” star Julianna Margulies wore an ankle-skimming red floral gown by Ulyana Sergeenko but it the Bulgari ring she borrowed for the night that she wanted to talk about.

Margulies, who was up for best actress in a TV series, said she couldn’t stop herself from waving it at her handsome hubby Keith Lieberthal. But he didn’t flinch.

“He gets the hint, but he’s not stepping up!” she complained (we’re sure she can afford it on her own, it must be said).

The only female actress to snag a globe, Maggie Gyllenhaal, wore a simple muted blush floor-length gown. She carried a gold clutch but the winner for Best Actress in a Mini-series or TV Movie had with her what has to be the best accessory of the night: her brother and fellow Globes nominee Jake Gyllenhaal. 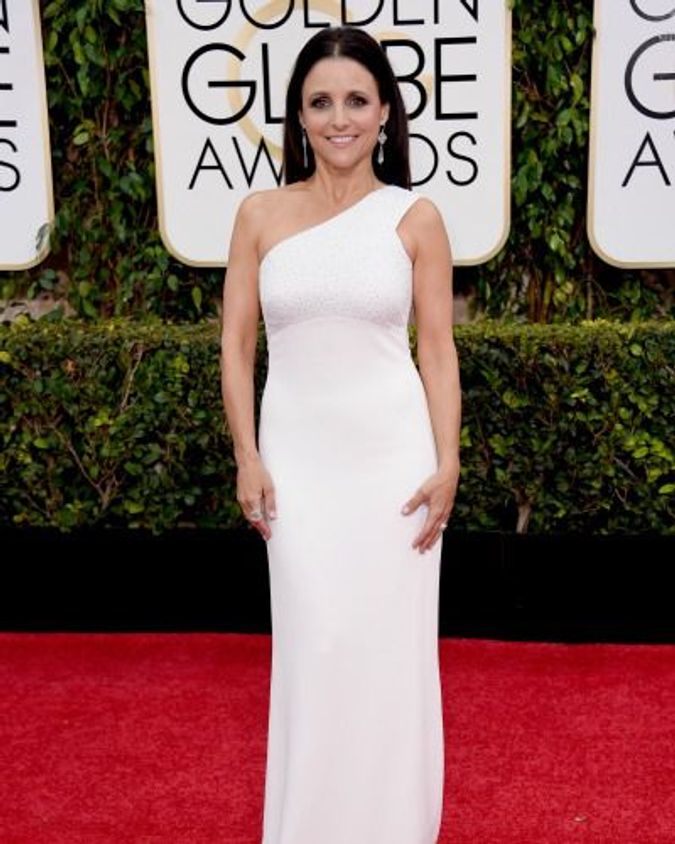 The accomplished Gyllenhaal duo walked the red carpet together – he in a simple tailored black tux.

Gyllenhaal later mentioned her brother as she accepted the Globe for her role as Baroness Nessa Stein, an Israeli businesswoman, in “The Honorable Woman,”

“I gave my speech to my brother so if I need help he’s going to bring it up to me,” she quipped before turning more serious.

Drawing a round of applause, she noted: “What is new is the wealth of roles for actual women in television and in film.”