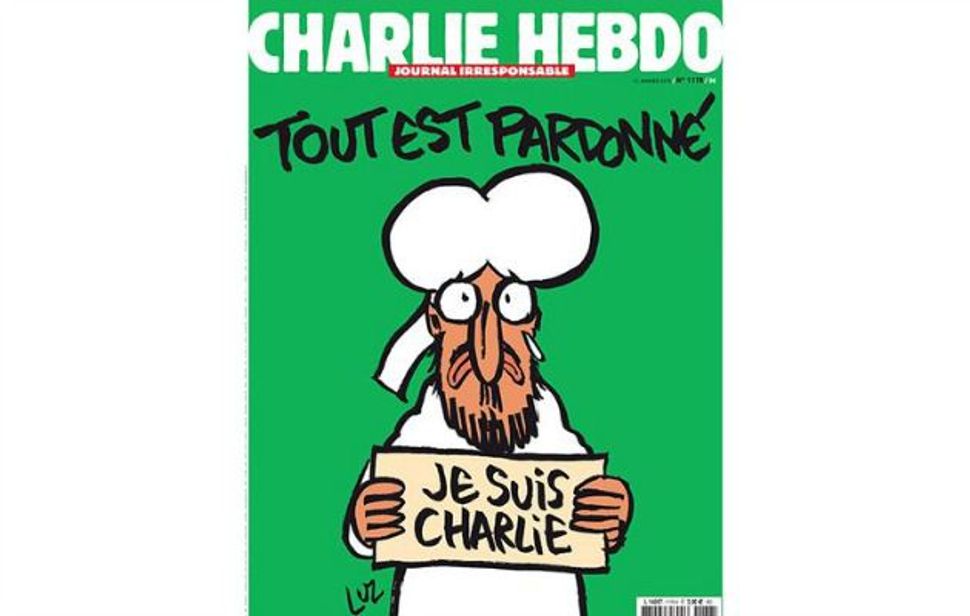 Charlie Hebdo will be back en force on Wednesday, after a terror attack that left 12 dead.

The magazine is set to release a record-breaking 3 million copies this week, dwarfing its usual print run of 60,000 in response to soaring demand for the first edition of the satirical weekly since last week’s deadly attacks by Islamist militants.

Charlie Hebdo staff has been working out of makeshift offices at French newspaper Libération. On Sunday, at least 3.7 million people took part throughout France in marches of support for Charlie Hebdo and freedom of expression.

The cover, published Monday night in anticipation of Wednesday’s release, shows the prophet Mohammed holding a #JeSuisCharlie sign. The caption above reads: “All is forgiven.”