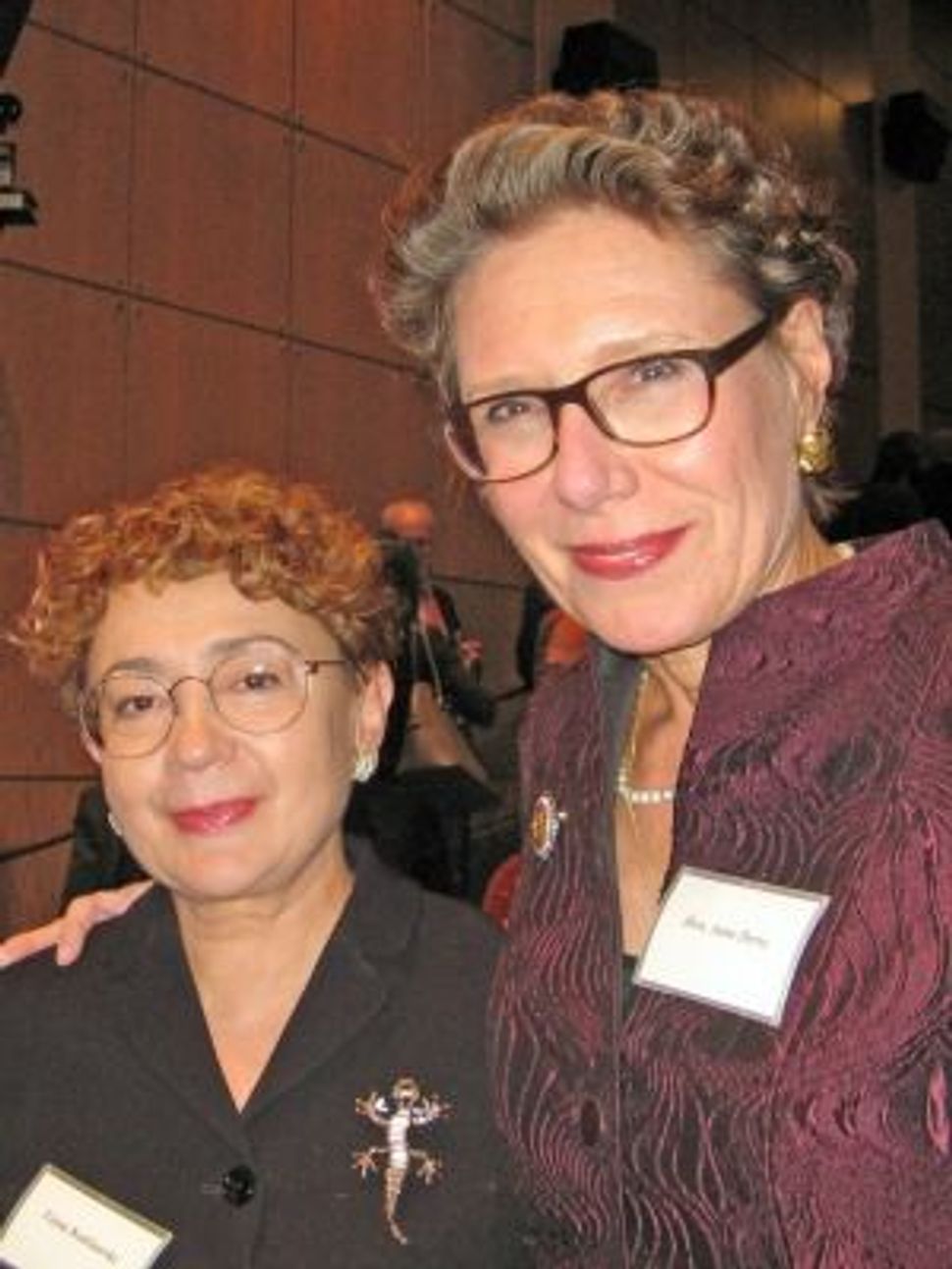 “YIVO is not only for the Jews,” declared Fiana Kukliansky recipient of the YIVO’s Community Service Award, at its 89th Annual Benefit held at the Center for Jewish History. Chairman of the Lithuanian Jewish Community and advisor to the Lithuanian government on Jewish matters, a feisty Kukliansky joshed: “English is not my native language, therefore if I speak short, I will get another award.” Noting that the YIVO archives are “as important for Lithuanians” apropos “the input of the Jewish community into the history and culture of Lithuania” she stressed: “The world needs to appreciate how much the Jewish community — which was discriminated against — did for each separate country!”

YIVO Executive Director Jonathan Brent declared the YIVO’s Vilna Project a “gargantuan” undertaking “that will preserve and digitize all of YIVO’s pre-war collections of books and documents presently located in [its New York building] and in Vilnius, Lithuania. Some were hidden in the basement of a Catholic church for 40 years in Vilnius to safeguard from the Soviets. Some passed through the hands of the Nazis for the so-called ‘Institute of the Study of the Jewish Question’ and were then rescued after the war and sent to New York. We call it the Vilna Project, but it is not just Vilna, but all of Eastern Europe — Russia, Ukraine, Romania, Belarus, Latvia, Poland.“

Former U.S. Ambassador to the European Union Stuart Eizenstat presented the YIVO’s Leadership Award to Anne E. Derse former ambassador to Lithuania (2009-2012). Lauding her “untiring efforts on behalf of Lithuania’s Jews,” he highlighted her work with Lithuania’s Jewish communities and Washington “to craft an agreement with the government [that resulted in] a $53 million 10-year program to provide compensation to Holocaust victims from Lithuania and to support other educational projects.”

“After 20 years of independence,” said Ms. Derse, “ it was important for Lithuania to grapple with its traumatic WWII history including the Holocaust [which was] obscured during the Soviet occupation that left a black hole of memory crying out for research and analysis.” Touting Washington’s support in encouraging the Lithuanian government to pass a law compensating the Jewish community for expropriated property, Derse stated, “with the aid of the Holocaust Museum in Washington, we encouraged them to preserve [Vilno’s] Jewish cemetery and to appropriately commemorate the Ponary killing site [where 100,000 Vilna Jews were murdered and buried by the Nazis]. However our efforts would have gone nowhere if Lithuanians themselves — including many young people, a new generation that believes Lithuania’s Jewish history is fully woven into Lithuania’s narrative — had not been ready to take action.” Sara Bloomfield, Director of Washington’s Holocaust Memorial Museum, presented via video YIVO’s Lifetime Achievement Award — to Lithuania-born Holocaust survivor and — among his many “hats” scholar and a past director of Yad Vashem.

In 1940, along with other refugee children from Poland who found respite in Vilno, I attended a summer day camp on the beautiful grounds of what would later be known as the Ponary killing site! After school, I used to race to the YIVO on Vivulskiego to see my father [Matvey Bernsztein] who worked there. From 1946-48 I was fortunate to work at YIVO in New York after school and was present as part of the rescued cache of YIVO’s treasure began to arrive at its then West 123rd Street home.

Among the high profile guests: Forward publisher and a past director of YIVO Samuel Norich, Executive Director of the National Yiddish Theater-Folksbiene Bryna Wasserman, Producer of the Vilna Project Documentary Film “The World Was Ours” Vilna-born Mira Jedwabnik Van Doren. Though listed in the program, Lithuanian Ambassador to the United States Zygimantas Pavilionis was unable to attend.