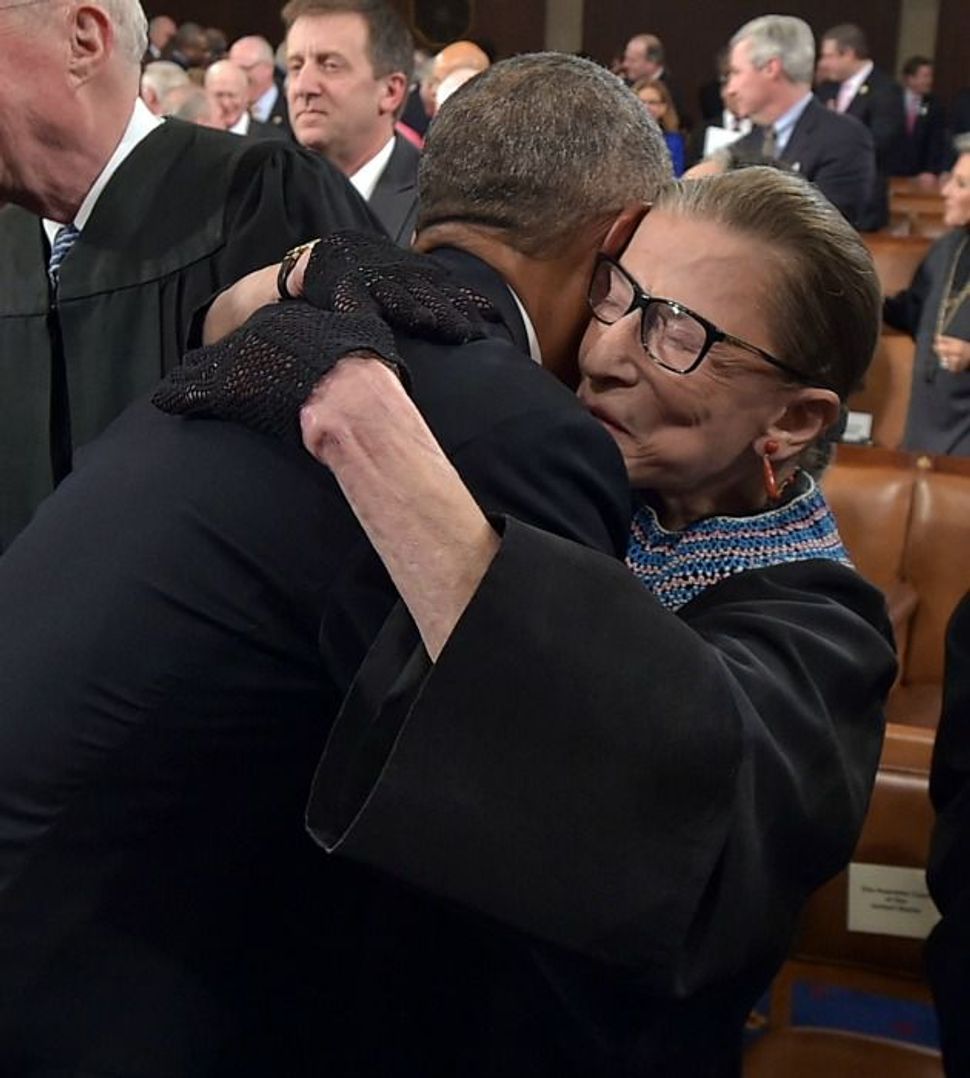 So, you may have heard that the President gave an important speech last night. I’ll get to that in a minute, but first — let’s talk about Ruth Bader Ginsburg’s mad style chops.

Bader Ginburg’s collars —  or jabots, as they’re formally called — have come under media scrutiny in the past. In August, she told Katie Couric that she has one for every occasion, including when she dissents.

But style isn’t the only thing to love about the Notorious RBG. She has spent her career championing the very same causes President Obama mentioned during his speech last night: equal pay for women, family leave, affordable child care and a woman’s right to health care (read: to choose).

Tomorrow, January 22, marks the 42nd anniversary of Roe v. Wade. No doubt Ruth will celebrate with another fierce outfit. I would expect nothing less.

For more on how fantabulous Ruth Bader Ginsburg is, check out the video below: