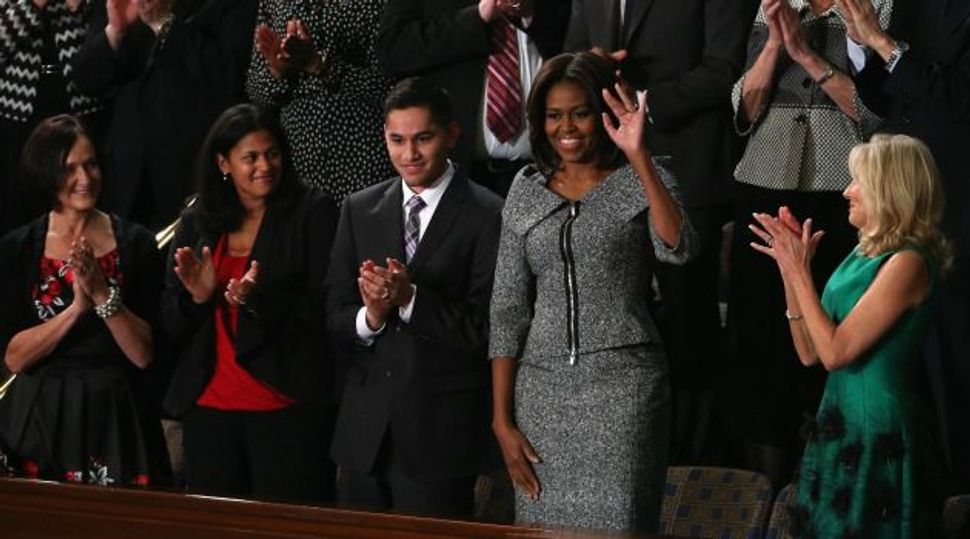 Fans of the outfit couldn’t help but notice that Julianna Margulies’ (another MOT) character had worn the exact same oufit on “The Good Wife.” Obama/Florrick 2016, anyone?