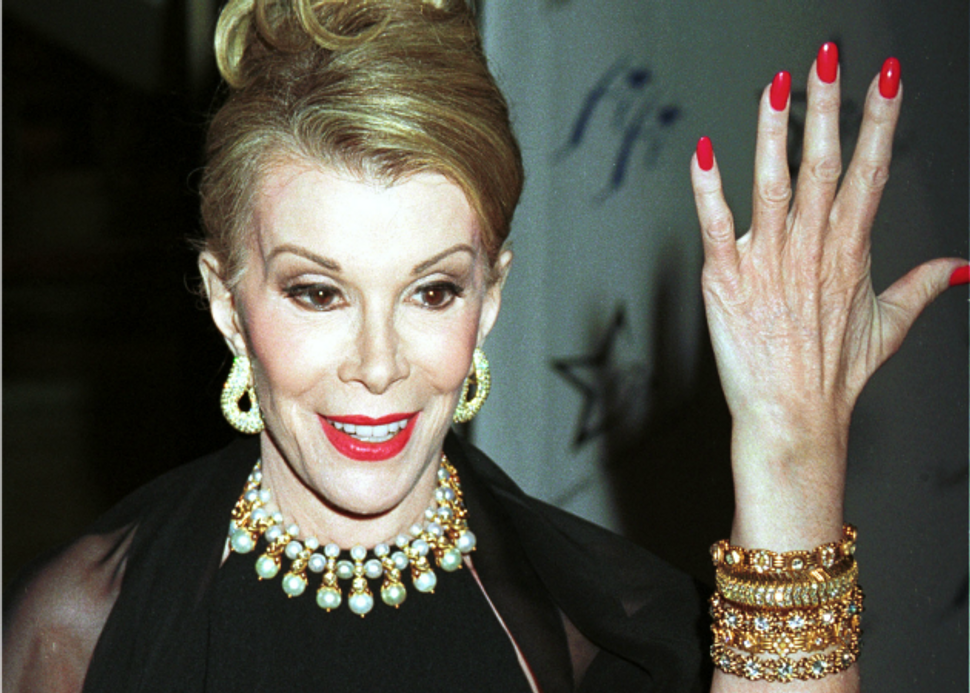 Joan Rivers fans who can’t afford her $28 million apartment will soon have another way to catch up with the late comedian.

AP reports that her daughter, Melissa, is writing a memoir.

“The Book of Joan: Tales of Mirth, Mischief, and Manipulation” is set for publication on May 5 by Crown Archetype, a subset of Penguin. According to The Huffington Post, the book “will feature jokes, stories and advice.”

In that spirit, let’s revisit some of Joan Rivers’ pearls of wisdom:

On pets: “Don’t make friends with your dogs. The sons of bitches will literally die ahead of you and cause you grief!” (Hollywood Reporter, 2013)

On the Israeli-Palestinian conflict: “Well, I think we should make it stop and I think I know how to make it stop. I think every Palestinian should get a nose job. Because once somebody has had a nose job they won’t fight ‘cause they’re scared their new nose would get broken. I think we should send over every great Jewish plastic surgeon doctor, fix their noses, and there will be peace in the Middle East.”

On dealing with mothers-in-law: “I told my mother-in-law that my house was her house, and she said, ‘Get the hell off my property.’”

On making her “Tonight Show” comeback, 49 years later: “Being in the studio brought back the most wonderful, wonderful memories of the night that jump-started my career. So when people ask me, ‘Why was last night different from all other nights?’ I’ll tell them that it certainly beats Passover!”

On that outfit you’re thinking of buying for your niece’s bat mitzvah: “Style: It’s like herpes. You either have it or you don’t.” (The Tonight Show With David Letterman, 2014]

Oh Joan. Can we talk?