‘Live Long and Prosper’: The Jewish History of Mr. Spock 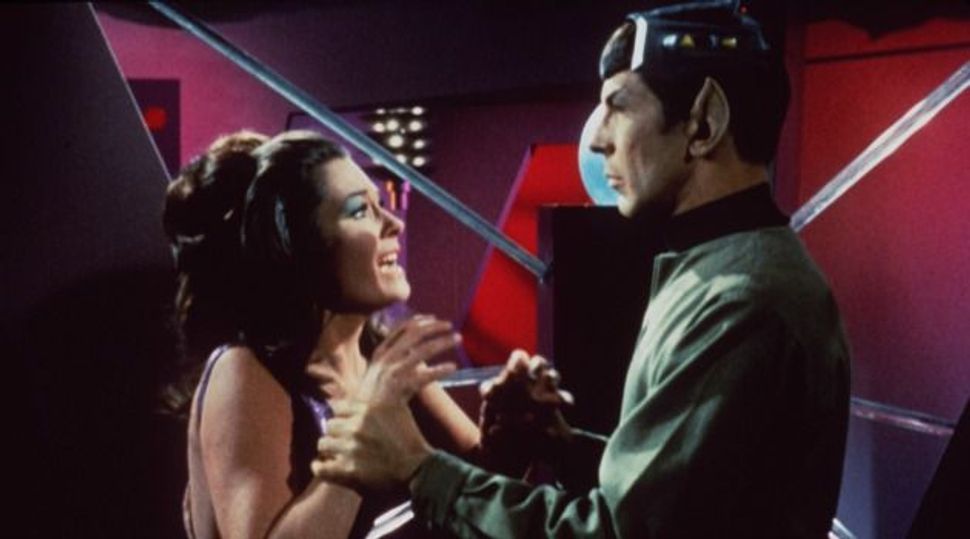 EDITOR’S NOTE: Leonard Nimoy, most famous for playing Mr. Spock on ‘Star Trek,’ has passed away at the age of 83. Here’s how he came up with the hand gesture that made him famous.

Who could forget Mr. Spock’s trademark hand sign on “Star Trek”? It turns out that the distinctive salute was based on the Hebrew letter shin.

That’s the story behind the gesture, says Leonard Nimoy, who played the half-human, half-Vulcan character for decades in the various TV and film incarnations of “Star Trek.”

In a 2011 appearance at a synagogue in Maryland, Nimoy recalled explaining the need for a special greeting for the character. “Humans shake hands. Asian people bow to each other … What do Vulcans do?” he remembered asking a director.

With the show’s approval, Nimoy developed the instantly recognizable hand symbol, which was inspired by a High Holiday service at his childhood synagogue in Boston.

The actor said his most famous character, as a mixed-species outsider, had something in common with his co-religionists. “The Jews were a minority … I knew what it was like to be the other in that culture, and therefore I could bring that quality to the Spock character,” he said.

‘Live Long and Prosper’: The Jewish History of Mr. Spock