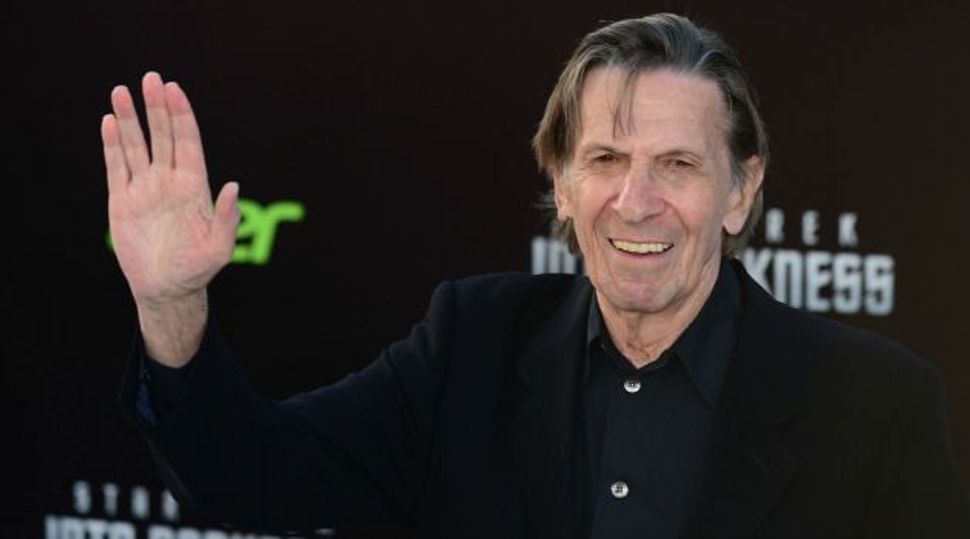 Leonard Nimoy, best known for playing Mr. Spock on the original “Star Trek,” passed away on Friday at the age of 83. While Trekkies everywhere are holding up their hands in four-fingered salutes, celebrities have chosen Twitter as their mourning medium of choice.

William Shatner, who played Captain Kirk alongside Nimoy’s Spock, wrote: “I loved him like a brother. We will all miss his humor, his talent, and his capacity to love.” Zachary Quinto, a.k.a. B-list Spock (sorry Zachary — I love you!) declared that his “heart was broken.” And Gary Shteyngart set his phaser to “weep.”

In the words of the late great, “Live long and prosper.”

“I loved him like a brother. We will all miss his humor, his talent, and his capacity to love.” -William Shatner http://t.co/U8ZN98tVYp

RIP Leonard Nimoy. So many of us at NASA were inspired by Star Trek. Boldly go… http://t.co/qpeH5BTzQc pic.twitter.com/nMmFMKYv1L

my heart is broken. i love you profoundly my dear friend. and i will miss you everyday. may flights… https://t.co/WPJmt1X4ox

I shall truly miss Leonard Nimoy. He gave us a great gift that will last for ages. A good soul and kind man. RIP

Leonard Nimoy has died. I’ve set my phaser on “weep.”

“Long before being nerdy was cool, there was Leonard Nimoy.” —President Obama #LLAP

Well done, sir. Many thanks for all you gave us. You’ll be greatly missed & forever remembered. https://t.co/YsDKpxtAfJ

Seriously one of the coolest people ever. https://t.co/Rf8M96zKFJ