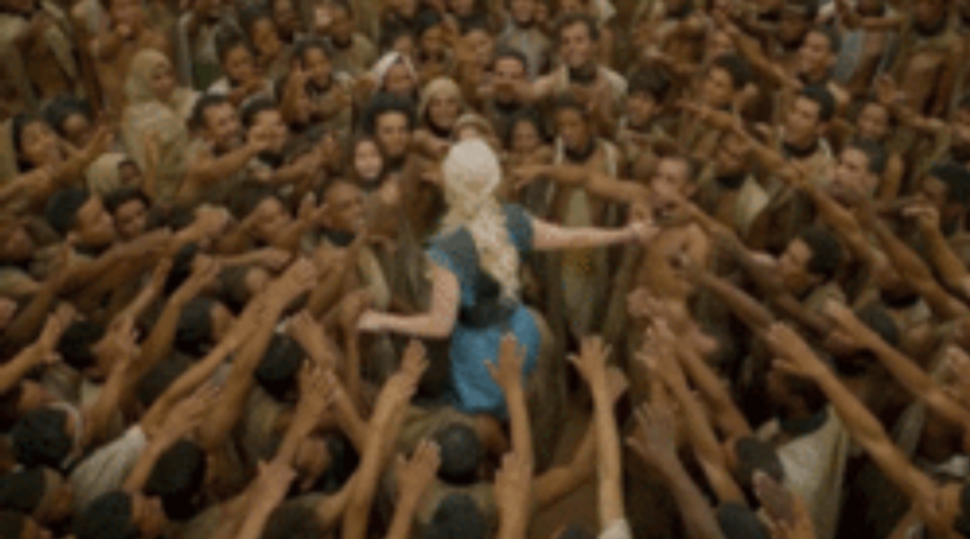 Benjamin Netanyahu’s speech was full of biblical, literary and pop culture references from Haman to Robert Frost. But when he said:

“In this deadly game of thrones, there’s no place for America or for Israel, no peace for Christians, Jews or Muslims who don’t share the Islamist medieval creed, no rights for women, no freedom for anyone.”

… we knew a meme must be born! Behold, Netanyahu’s speech summed up in Game of Thrones GIFs:

When he kept addressing Congress as: “my friends…”

When Netanyahu spoke of the story of Purim:

The solution to bad deal is not war. It’s a much better deal. Duh.

Iranians are playing a game of “Hide and Cheat”:

All the crazy standing ovations (we counted 25!)

When post crazy standing ovations, he told Congress: “Thank you all, you’re wonderful!”