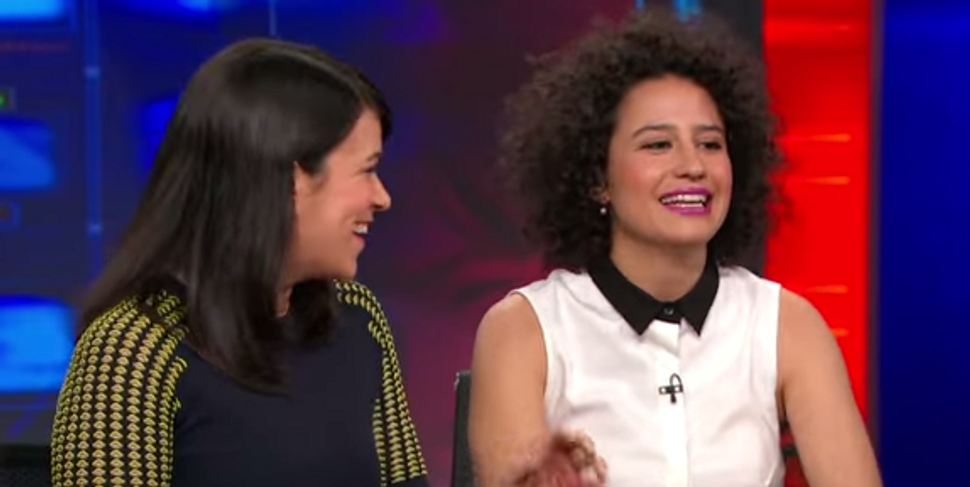 Ilana Glazer and Abbi Jacobson dropped by “The Daily Show” on Tuesday night, making it kind of a Jewish love-fest.

The two “Broad City” stars couldn’t really handle the fact that they were in the presence of the Jon Stewart. He, in turn, was in awe of how awesome they are. Hugs all around!

Check out the whole thing below: