Why Jon Stewart Is Really Mad at ‘Racist’ Bibi 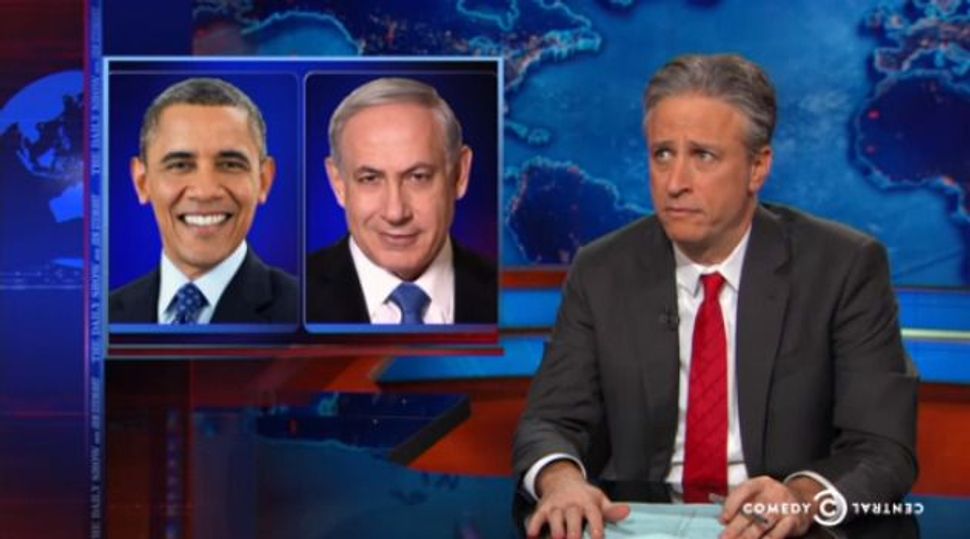 Jon Stewart is kind of mad at Bibi. Not so much for winning this week’s Israeli election, but rather for how he won.

“How dare you gin up racist fears of minority turnout for short-term political gain? Stewart said, referring to Benjamin Netanyahu’s fear-mongering campaign, warning that Israeli-Arabs were out voting in droves.” “That’s our thing! You know what? Now you’ve got a copyright infringement suit on your hands, pal!”

Our favorite Jewish funny man (* sob * Don’t leave us Jon!) had a word or two of advice for U.S. politicians: Want to win? Take a page out of Bibi’s election tactics book.

“You know that stuff you say in private, your core beliefs, your prejudices that you try to hide from people because you fear society would shun you?” Stewart said. “Well, it appears all you have to do is turn into that skid.”

Following a montage showing a bunch of confused people asking why President Obama hadn’t yet called to congratulate Bibi on his win, Stewart quipped: “You don’t call, you don’t write, I win an election and I have to sit by the phone?”

Why Jon Stewart Is Really Mad at ‘Racist’ Bibi