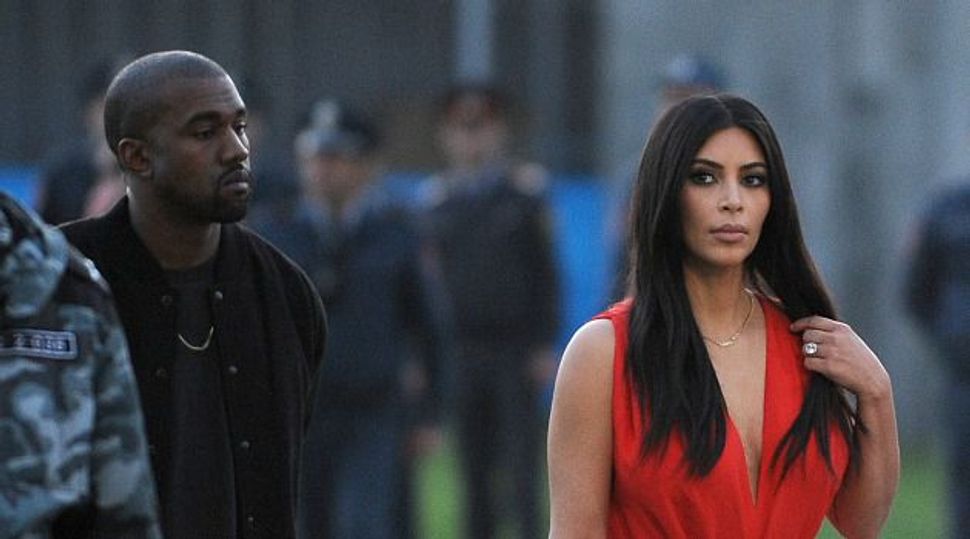 The couple, and their daughter North West, 22 months, as well as Kardashian sister Khloe, landed at Ben Gurion Airport on Monday, following a roots visit to Armenia.

Photos of their arrival were featured on Israeli news websites and on news programs.

An Israeli security firm that specializes in protecting VIPs reportedly was hired for the visit.

They are scheduled to visit the Western Wall and other Jerusalem sites, where they reportedly will take some footage for their reality show “Keeping Up with the Kardashians,” and it is rumored that the sisters will make a trip to the Dead Sea. They reportedly will travel from Israel to Jordan.

Reports emerged in January that Kardashian and her two sisters were planning to buy a Tel Aviv apartment worth $30 million.