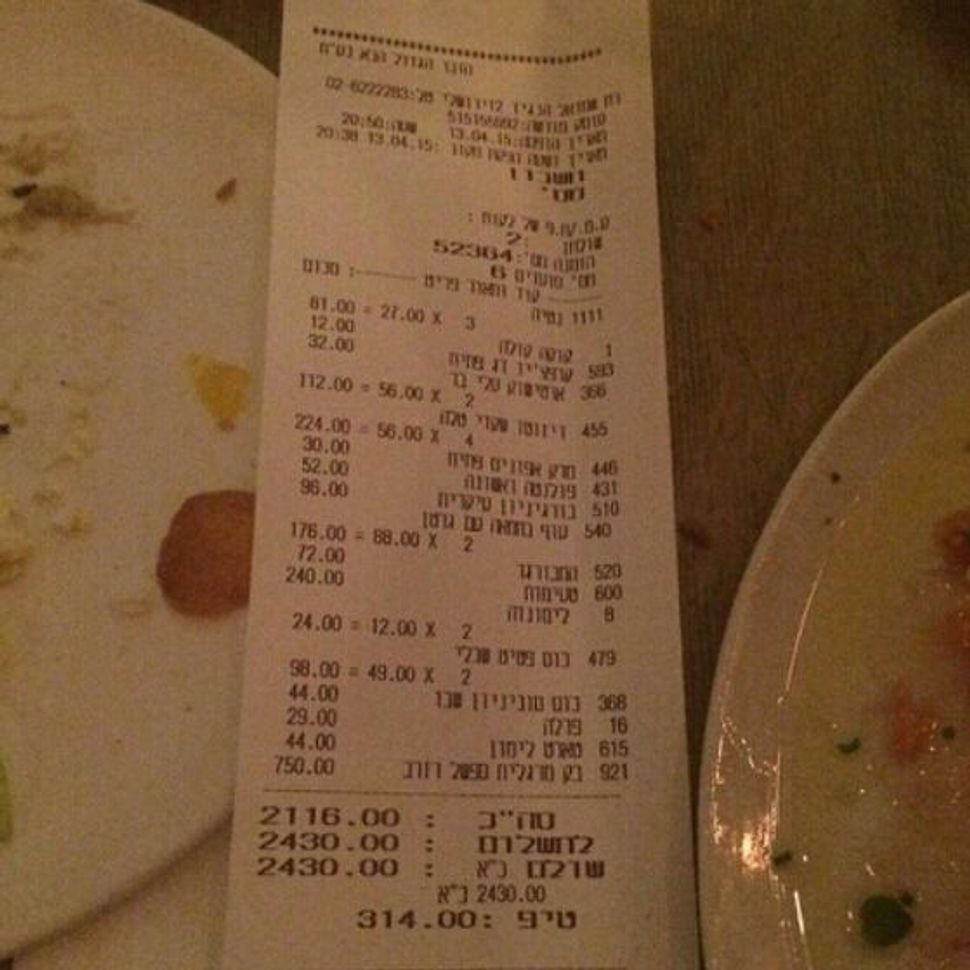 In a quick visit to Jerusalem, reality TV star Kim Kardashian and rapper Kanye West had their toddler daughter, North West, baptized on Monday at a 12th century Armenian church in the old walled city.

Dozens of fans mobbed an SUV that took the couple, their 22-month-old child and Kardashian’s sister Khloe to the church, the girl and her father decked out in holy white and Kardashian in a long crinkle pleated beige and peach colored outfit.

The celebrities flew to Israel after a five-day visit to Armenia, homeland of Kardashian’s ancestors, where on Friday she placed flowers in Yerevan at a memorial to mass killings of Armenians by forces of the Ottoman empire, which began in 1915.

In the evening, the Kardashian sisters, West and friends had dinner with Jerusalem Mayor Nir Barkat and his wife at local hotspot, Mona.

Muslim Turkey accepts many Christian Armenians died in partisan fighting beginning in 1915, but it denies that up to 1.5 million were killed and that it amounted to genocide.

Media reports said they were expected to head on to Jordan after the baptism in St. James Cathedral in east Jerusalem, a church decorated with blue and white tiles made by Armenian artists in the 18th century.