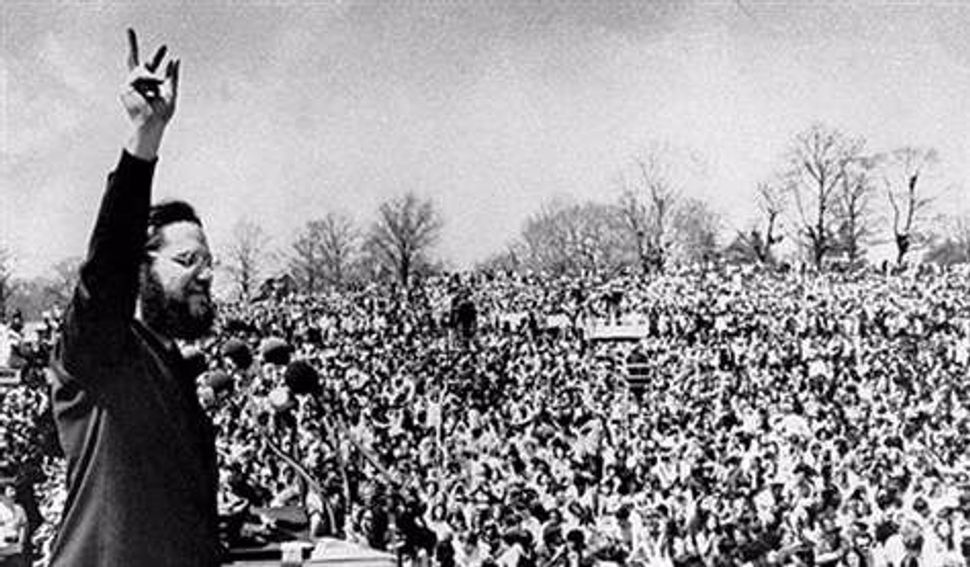 As you get ready to celebrate our fair planet, just keep in mind that this most hippy dippy of holidays has a grisly secret with a Jewish villain. On April 22, 1970, hippie-activist and nice Jewish boy Ira Einhorn stood on stage in Philadelphia’s Fairmount Park as master of ceremonies at the first Earth Day event. Seven years later, cops found his girlfriend stuffed into a trunk packed with styrofoam and air-freshners. He had composted her.

The authorities came to investigate after neighbors complained that a “reddish-brown, foul-smelling liquid was leaking from the ceiling directly below Einhorn’s bedroom closet,” NBC reported. After entering the apartment, they found the “partially mummified” body of Holly Maddux.

Einhorn skipped town before his 1981 trial and spent the next 17 years living in England, Ireland and Sweden. He was caught in 1997 living in a converted windmill in the South of France, along with his Swedish-born wife, the New York Times reported. He was then extradited to the U.S., where he was convicted and sentenced to life without parole.

The presiding judge, William J. Mazzola, called Einhorn ”an intellectual dilettante who preyed on the uninitiated, uninformed, unsuspecting and inexperienced.”

Einhorn, who nicknamed himself “Unicorn” — both Einhorn and Unicorn mean “one horn” — was born into a middle class Jewish family in Philadelphia. According to Philly.com, his mother “once described the family as ‘a typical Jewish family, not excessively religious, or excessively anything else.’”

Though he has claimed to have come up with the concept of Earth Day, the movement has denied that he was a co-founder and said that he only got the master of ceremonies title to placate him. While Einhorn often claimed he created Earth Day, in fact, Gaylord Nelson, the former Wisconsin governor and U.S. senator who died in 2005, is officially recognized as the event’s founder.

Correction: The original version of this article and its headline incorrectly identified Ira Einhorn as a co-founder of Earth Day. In fact, he was a gadfly who the organizers tried to placate by making him master of ceremonies. The article was updated on Earth Day 2021 after the mistake was flagged by a reader; Einhorn died in prison in 2020.