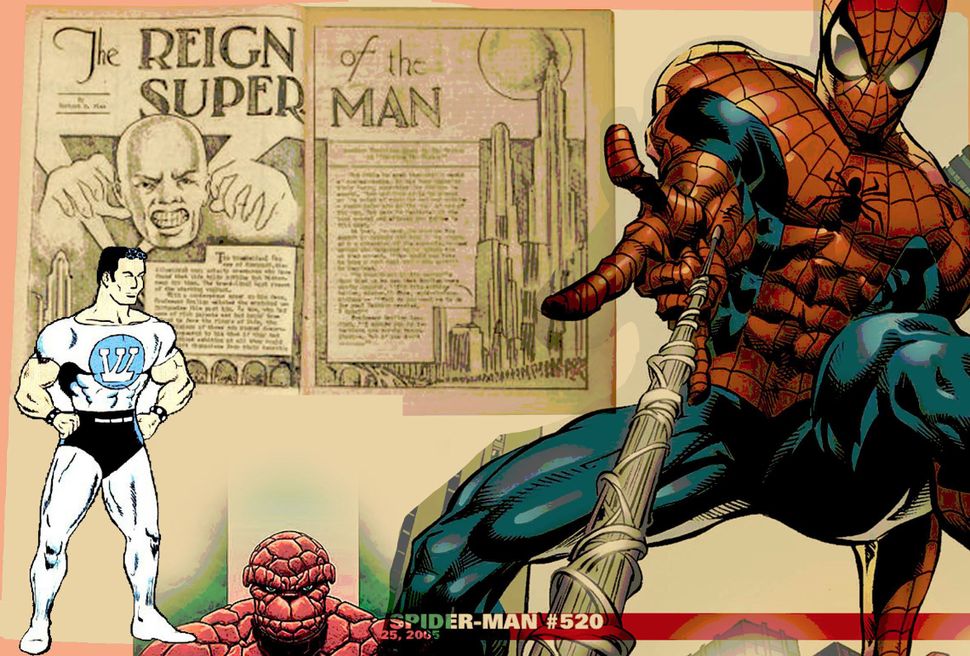 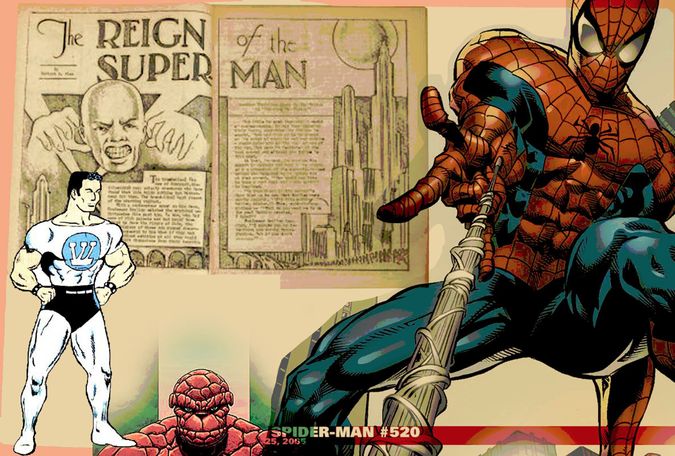 It’s National Superhero Day! Many of our favorite superheroes were created by Jews. Here are 12 things you may not know about Jews and superheroes:

1) In 1933, two high school students in Cleveland, Ohio, Joe Shuster and Jerry Siegel, created Superman. In 1938, the two young chaps sold the rights to Superman to DC Comics precursor for 130$.

2) Your favorite supervillain,[ Magneto](http://en.wikipedia.org/wiki/Magneto_(comics ” Magneto”) “Magneto”) from X-Men is indeed a German Jew named Max Eisenhardt — and a Auschwitz survivor at that. Some say he was modeled after Jewish Defense League Meir Kahane. In fact, it was was while working at a hospital in Haifa where he met Charles Xavier (Professor-X).

3) The first Israeli comic superhero was called SabraMan, created in 1978 by a 15 year old (!) boy called Uri Fink. He later became one of Israel’s greatest cartoonists, and went on to create the popular teen comic Zbeng.

4) Joe Kubert, who was born in a Shtetl in Poland, worked at DC Comics for many years and opened a vocational comics school, the Kubert School, in Dover, New Jersey.

5) Israeli cartoonist Dorit Maya Gur created Falafel Man after studying at the Joe Kubert School. Gur wanted to “smash all the existing myths evolving Israeliness” and created a chubby, adorable and freckled superhero. “He invokes the desire to hug or pinch him in the cheek like any good Jewish grandmother might do.”

6) Will Eisner, after whom the comics industry’s equivalent of the Oscars is named (The Eisners), created the masked vigilante ‘The Spirit’ and wrote the great and very Jewish graphic novel ‘A Contract with God’. But before that, he was commissioned to create Wonder Man, in the likeness of Super Man. The comic was short lived. After publishing one issue its publisher (a former DC accountant) was sued for copyright infringement.

8) Stan Lee was born Stanley Martin Lieber. In the 1950s, while working for Atlas Comics (the 1950s iteration of Timely Comics), he and Jack Kirby created some of the most well known superheroes out there including The Hulk, X-Men and The Fantastic Four.

9) In 1962, Stan Lee and Steve Ditko invented Spider-Man. Because, you know, no big deal. Our red and blue web-spinning orphan was first seen in Issue 15 of ‘Amazing Fantasy’, published by…

10) …Atlas Comics, which later became Marvel Comics. The reason all your favorite superhero movies and animated films exist? You have Mr. Lieber to thank for that!

11) Claiming that Super Man was too WASPy, Al Weisner invented Shaloman in 1985. According to Wikipedia: “Shaloman is normally an inanimate rock, until someone cries out the words of help “Oy vey!” These words transform the rock into a muscular, curly-haired man known as Shaloman.”

12) “It’s clobberin’ time!”. Benjamin Jacob “Ben” Grimm was born on Yancy Street in New York’s Lower East Side. But he is better known as The Fantastic Four’s most orange member, the “Thing.” It took forty years for him to openly discuss his Jewish origins, but his wry Jewish sense of humor was always apparent to all.