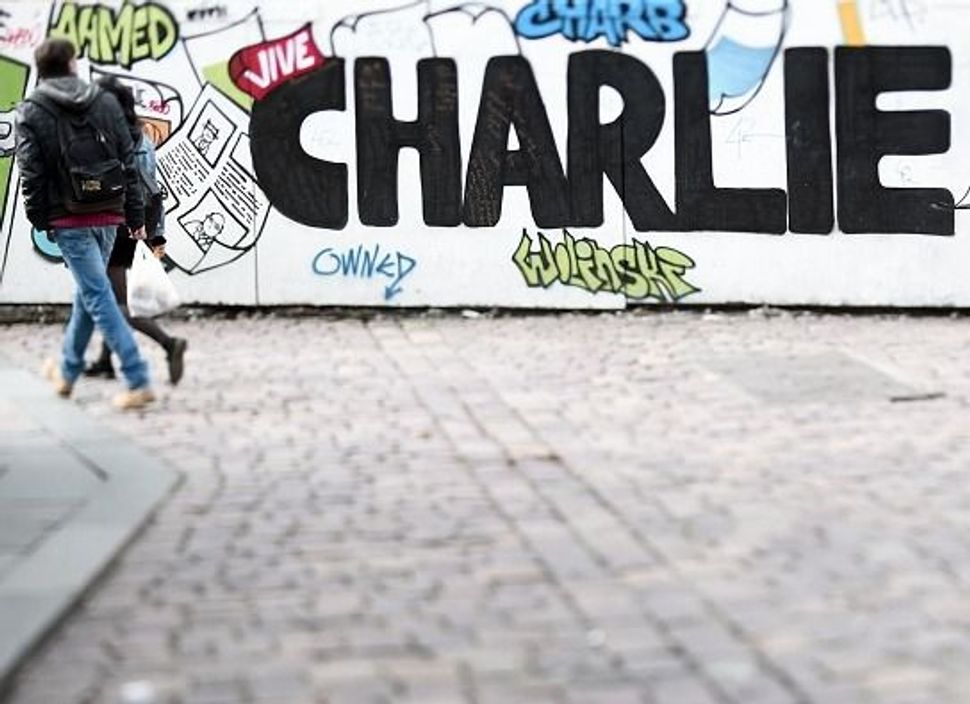 When I heard that the writers Deborah Eisenberg, Teju Cole, Peter Carey, Michael Ondaatje, Rachael Kushner and Taiye Salasi had publically withdrawn from their roles as table hosts for PEN America’s annual gala in protest over the organization’s decision to award Charlie Hebdo the Freedom of Expression Courage Award, my first reaction was to cringe at the spectacle of a group of writers — many of whom I greatly respect — coming out against a clearly beleaguered, clearly courageous publication simply because they disagreed with its politics.

At the same time, I felt, on some fundamental level, that they were right to be criticizing PEN. That I couldn’t place exactly why troubled me.

In January, when the staff of Charlie Hebdo was attacked and the western press united in outrage, our citizens marching in the streets yet again, politicians from nations around the world lining up to be counted among the righteous, I’d experienced a similar cognitive dissonance.

The slogan of the moment, “je suis Charlie,” was absurd on the face of it. I was not Charlie Hebdo. Neither were any of these people chanting in protest. Only Charlie Hebdo was Charlie Hebdo and very few people outside of France were equipped to fully understand what being Charlie Hebdo implied. As some people explained it, Charlie Hebdo was a bastion of leftism. Something about uncompromising Republicanism. Secularism. An anarchistic lack of respect for any and all organs of power. These were all things I could get behind, and looking at the work through the lens of this interpretation, I could see how it made these points again and again. Even so, I wasn’t them: I hadn’t been killed by fundamentalist militants for drawing a picture of Mohammad.

As I saw it, “Je suis Charlie” had little to do with Charlie Hebdo itself. Free speech was being used as a cover for the mass voicing of fear at being under attack from radical Islamists. The image of so many representatives from political regimes that routinely squash free speech — everyone from Sergey Lavrov, the Russian Foreign Minister, to Ahmet Davutoglu, Turkey’s Prime Minister — lined up in the streets of Paris to support of the magazine confirmed this suspicion. Whatever the subtleties of Charlie Hebdo’s work, whatever the intent of their cartoons may have been, whatever political or social meaning they may have had in the circumscribed context of contemporary France, had been coopted and rendered irrelevant by the spectacle of grandstanding politicians. They were symbols now — not for free speech but for the ongoing battle between the forces of global western capitalist democracy and the Muslim “terrorists” within our midst and the symbolic use to which they were being put troubled me.

I wasn’t the only one who saw it this way.

A new slogan, “je n’suis pas Charlie,” emerged. The arguments attached to this counter-movement revolved around the perception that by blindly embracing Charlie Hebdo, we as a populace, were siding with the powerful against the oppressed. They depicted Charlie Hebdo as a reactionary, puerile magazine with particularly racist overtones. They pointed out that, intentionally or not, the crude way that the magazine depicted Muslims, as well as its ugly stereotypical depictions of Africans, reinforced the brutal structural inequality in contemporary French society. This line of thought troubled me as much as the one behind “Je suis” did. It’s logic was sound, as long as one blamed the magazine for the meanings that the politicians and media had assigned to it and ignored the fact that ten real—not symbolic—people had really been killed for working there. The public conversation around the magazine had entered the realm of partisan politics, and though people were presenting various cartoons from Charlie’s pages as proof that it really was racist and Islamophobic, I remained unconvinced by this interpretation. Looking at the specific examples of work that they cited, I could understand how, through American eyes, they arrived at their judgment, but I could also see how in a different, more Francophone context, the work might mean something else entirely.

Though I sympathized with the intentions of “Je n’suis,” I had trouble blaming the magazine itself for the interpretations others had placed on it. Whatever the cartoonists’ and editors’ intentions, I still supported their right to draw and write whatever the hell they wanted and I couldn’t bring myself to take a stand that might justifiably be read as blaming the victim.

That was all then.

The pertinent question now isn’t whether Charlie Hebdo’s politics conform to my own, or even whether I’m offended by the content of their cartoons, but rather, what PEN’s purpose in honoring the journal in this specific way in this specific context is and what this says about PEN.

To answer this question, one must look at the context of the award—not just the attacks but all that’s happened since. One must take into account the competing narratives and symbolic meanings that have accumulated around the magazine, and ask: does PEN want to affirm the over-simplified narrative being peddled by the politicians who gathered in Paris, and if not, how does it recognize the way this narrative has been challenged by the vigorous arguments about class and race that rose out of the wake of the attacks?

One must also remember that this award is being presented at a fundraising gala and that the big-money donors PEN is courting are the primary audience for the message conveyed by giving Charlie Hebdo an award for courage. One must wonder if celebrating Charlie Hebdo was ever meant to be anything more than an act of marketing. But how we market ourselves — and to whom—say a lot about who we think we are.

Was Charlie Hebdo simply the safest, easiest choice to present to this audience? Is PEN a cultural institution here to celebrate the idea of free speech while providing intellectual cover for the preexisting assumptions of our capitalist democracy, or is it an organization meant to rattle and challenge, and yes, fight to protect those whose voices are stifled by political, economic and social repression, both here and abroad?

It’s easy for an American organization to celebrate those who have take stands against America’s enemies. By choosing to honor Charlie Hebdo, the victim of Islamic radicals, rather than any of the many worthy dissidents they could have chosen, people like Julian Assange and Edward Snowden, truly courageous people whose actions and words have placed them at odds with the powerful western nations of the world, PEN has communicated to their donors that it is on the side of powerful and reinforced the neo-liberal assumptions that allow for unchecked oppression to be perpetuated in our name around the world.

This, to me, is a fundamental betrayal of everything PEN is meant to stand for. And so, despite not agreeing with every word it contained, I felt strongly enough about the central idea of the letter protesting PEN’s choice that I was compelled to sign it.

Joshua Furst is a contributing editor of the Forward and the author of “The Sabotage Café.”