This Israeli Professor Went Viral for All Right Reasons 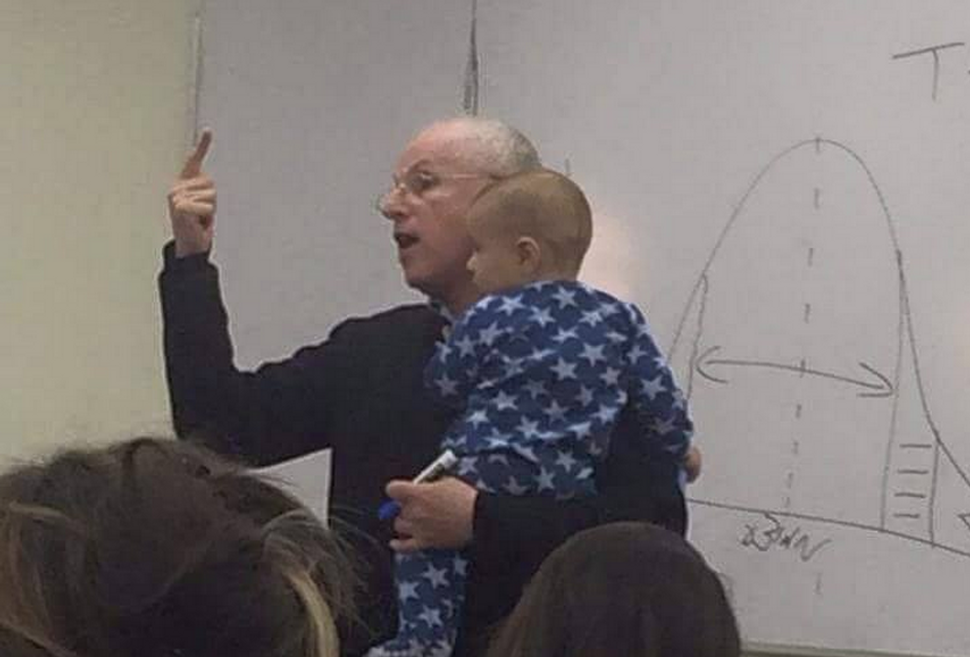 We talk a lot about men being allies to women, but this professor from the Hebrew University in Jerusalem (HUJI), wins today’s prize for most hands-on ally.

Sydney Engelberg who is 67 and originally from South Africa, has been working at HUJI for the past 45 years. Since he teaches graduate classes with older students, he encourages his students to bring their kids to class. Students nursing and caring for babies are a common sight in the professor’s class.

Apparently, when one of the babies started crying, as his mother was about to leave the class with the crying child, Engelberg, who is a grandfather himself, picked the baby up instead and soothed him.

The professor then continued his lecture on organizational behavior, as if nothing had happened, with the little bundle of joy in his arm. Adorable.

Apparently, some of his students snapped pictures of the professor toting the cute star-patterned pajama-wearing tot and walking around class. His daughter posted the image on Facebook with a cute caption and the rest is history.

The image went instantly viral – with over 50,000 likes and over 4000 shares. It got viewed over a million times on imgur.com.

Apparently, Professor Engelberg doesn’t see what the fuss is all about.

“The way he sees the concept of getting education is not only learning the dry facts that you need to learn in class,” his daughter told a Buzzfeed reporter, “but also learning values. And that’s the very important message that my dad wants to endow to the world.”

Hopefully, the professor’s (organizational) behavior will teach us all a thing or two about supporting mothers in academia and the work place. What a mensch!

This Israeli Professor Went Viral for All Right Reasons