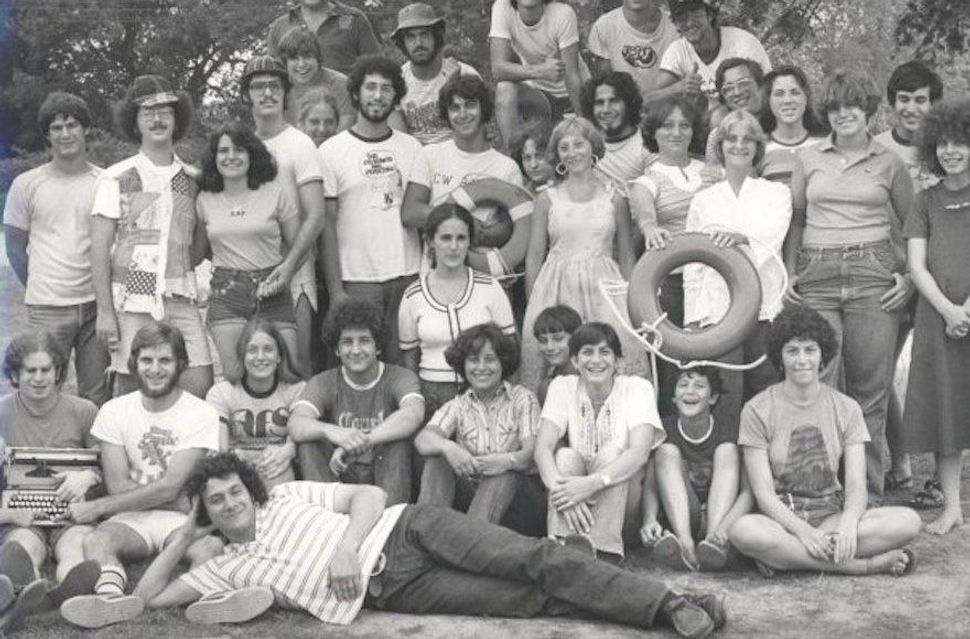 Campers in 1977 Image by Courtesy of Kutz Camp

(JTA) — Whether it’s first love or night swimming, many American Jews have nostalgic memories from Jewish summer camp. For the first class of campers to attend the Union for Reform Judaism’s flagship camp in Warwick, New York, those memories just turned 50 years old.

The URJ’s Kutz Camp, known for being the birthplace of modern spiritual Jewish folk music, celebrated its 50th anniversary this Fourth of July weekend. Hundreds of Kutz alumni joined Union for Reform Judaism leaders — including its president, Rabbi Rick Jacobs — at the camp on Friday night and all of Saturday to mark the occasion. While night swimming wasn’t on the agenda, outdoor activities, workshops and other adult summer camp activities were planned.

In 1965, Kutz Camp became the summer headquarters for NFTY, the North American Federation of Temple Youth, the youth arm of the Union for Reform Judaism.

In 1969, a singer named Debbie Friedman became the camp’s song leader. Friedman’s songs – some of which she wrote at Kutz Camp in the early ’70s – would go on to revolutionize Jewish music and prayer. Many of her melodies, like “L’chi Lach” and “Mi Shebeirach,” are still sung in congregations across the country.

Friedman, who died from pneumonia in 2011 at the age of 59, and her music no doubt were remembered at the Kutz Camp anniversary.

With the upcoming release of a television series based on the film “Wet Hot American Summer,” Jewish summer camp is getting another moment in the spotlight. But as Kutz Camp reminds us, Jewish camp has been a fixture of American Jewish culture for a long time.