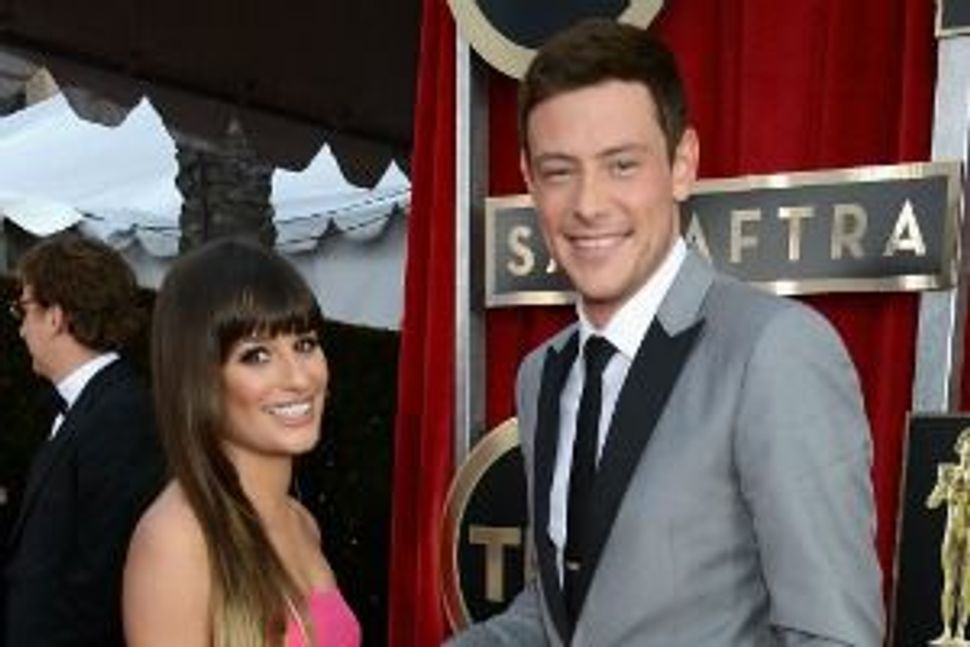 There are some couples you never get over.

Some, like Jen and Brad or McGosling (Rachel McAdams and Ryan Gosling, for those who didn’t spend their teenage years weeping over “The Notebook.”). Other, tragically, get separated by something far more permanent.

It’s been two years since “Glee” star Cory Monteith died of an overdose of heroin and alcohol. He was 31. Jewish “Glee” co-star and former girlfriend Lea Michele .

Today we remember the laughter and joy you brought into our lives every day. We think of you always and love you so❤️ pic.twitter.com/Mr98lUetpb

In her 2014 memoir/cookbook/style advice column, “Brunette Ambition,” Michele thanked Monteith for his proofreading and input, adding that Rachel’s “Finn” necklace from “Glee” is among her favorite possessions. In May, she tweeted out some birthday love to Cory:

Michele is set to star in Brad Falchuk and Ryan Murphy’s latest horror-comedy,”Scream Queens.” In April 2014, she started dating aspiring actor (and former sexy massage therapist) Matthew Paetz. A week after tweeting out a birthday memorial to Cory, she posted a picture of herself and Paetz to Instagram with the caption: “Matthew, thank you for bringing such happiness into my life, for making me smile again and bringing such a bright joy into my every day.”