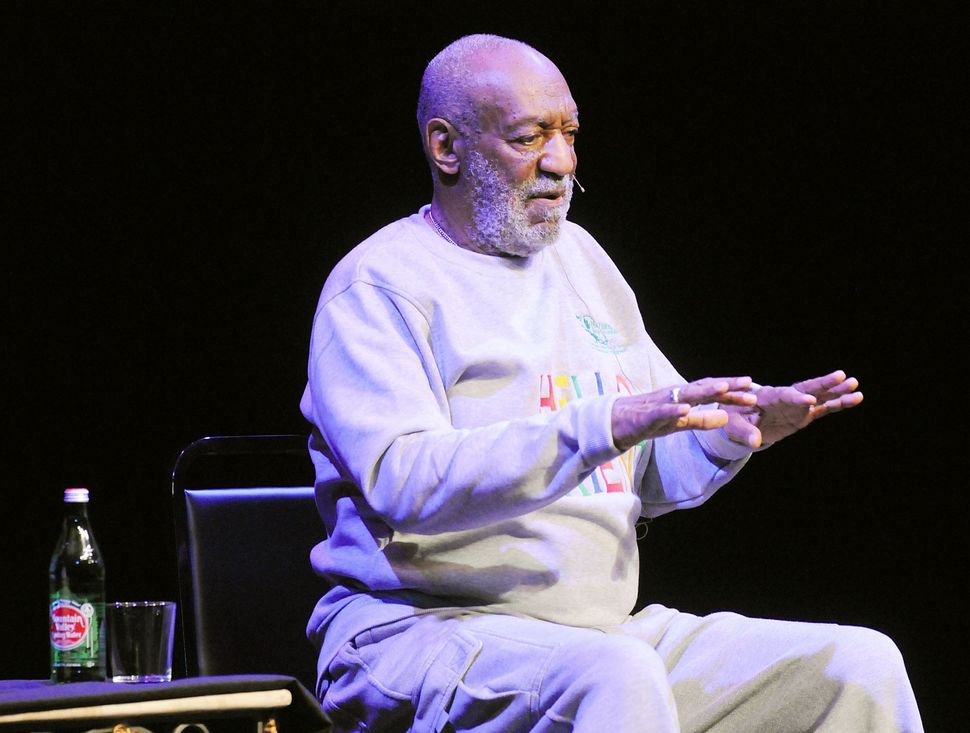 A Bill Cosby deposition from a decade ago has revealed some pretty damning facts.

In short, the man who, for years, presented himself as America’s nice-guy dad, had no qualms about seducing women with the use of powerful drugs and fame, all while maintaining that he is not, in fact, a sexual predator. As the Times put it, he “suggested he was skilled in picking up the nonverbal cues that signal a woman’s consent.”

Amid all the stories of supposed “seduction,” one strange detail stands out: It seems that throughout the 1970s and ’80s, Cosby would use the distinctively Jewish-sounding alias Seymour Rapaport while traveling.

Another strange revelation? His penchant for sweatpants – he apparently owns over 100 pairs.

These seemingly innocuous tidbits peppered throughout the 1,000-page deposition highlight Cosby’s casual tone. As the Times reports, he seems to be operating under an attitude of “casual indifference,” (at one point,the plaintiff’s lawyer calls him out on it.)

The case, settled in 2006 under undisclosed terms, was brought by plaintiff Andrea Costand, a Temple University basketball manager who said that Cosby drugged and molested her. 13 women reportedly came forward in support of Costand, saying that Cosby had similarly sedated and sexually assaulted them.

In the deposition, Cosby claimed that his employees “could choose” whether or not to sign confidentiality agreements.

As of July 2015, 36 women have come forward saying that Cosby molested them, including actress and publicist Joan Tarshis. The “short dark haired Jewish girl, ” (as she described herself in a 2013 video clip) wrote an essay in 2014 accusing Cosby of raping her twice when she was 19 years old.

Earlier this month, newly released court documents showed that Cosby admitted that he had obtained Quaaludes with the intention of using them on women he wanted to have sex with.

The revelation has caused many to distance themselves from the comedian, including Disney, which removed a statue of Cosby from its Hollywood Studio theme park.