Why Judd Apatow is ‘Proud of the Jews’ 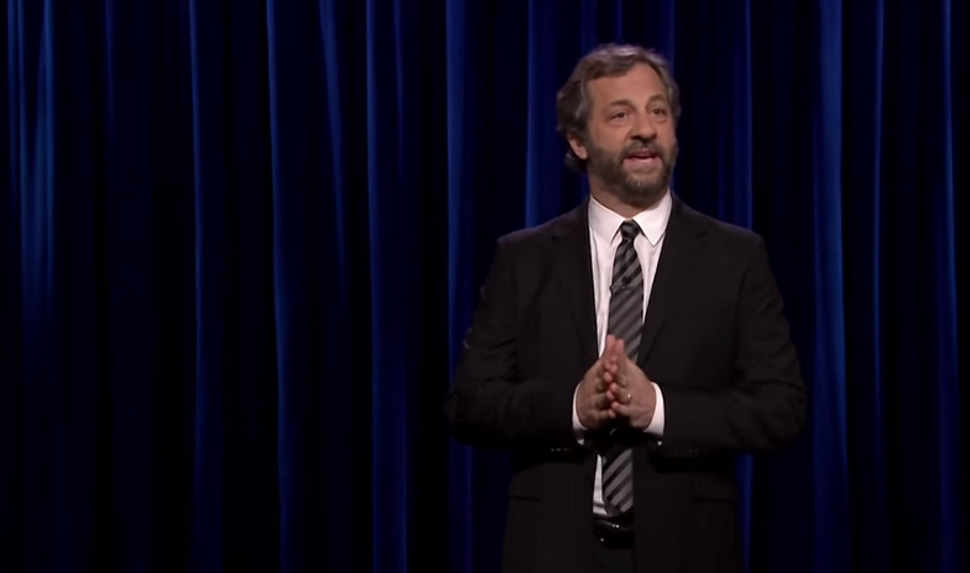 When he wasn’t busy Bill Cosby, Judd Apatow made some amusing (if standard) jokes aimed at the Tribe during a stand-up performance on Monday night’s “Tonight Show.”

“I’m very proud of the Jews,” the 47-year-old “Trainwreck” director said. “It feels like we’re not getting into that much trouble these days. In the world, we’re doing well. We don’t mind if you draw us, or draw our gods. And we should mind because any accurate drawing of a Jewish person is inherently anti-Semitic. A perfect drawing of me is like Nazi-propaganda.”

Apatow then transitioned to a brutal takedown of Bill Cosby, of whom he has been a vocal opponent.

“Cosby is still out on the road. Isn’t that weird? He’s like doing stand-up. What do you think his act is like? Do you think he’s still talking about it?” Apatow joked, before adopting Cosby-voice: “You ever been in trouble with the wife? You ever get into the dog house with the wife?”

Newly released court records show that the 78-year-old Cosby admitted to obtaining Quaaludes with the intent of using them on women he wanted to have sex with. Over the weekend, the New York Times released a deposition from 2005-2006 in which Cosby described seducing women with the help of drugs.

The 1,000=page deposition also revealed that throughout the 1970s and ’80s,Cosby traveled under the very Jewish-sounding name Seymour Rapaport. So, there you go Judd. Your next comedy routine awaits.

Why Judd Apatow is ‘Proud of the Jews’