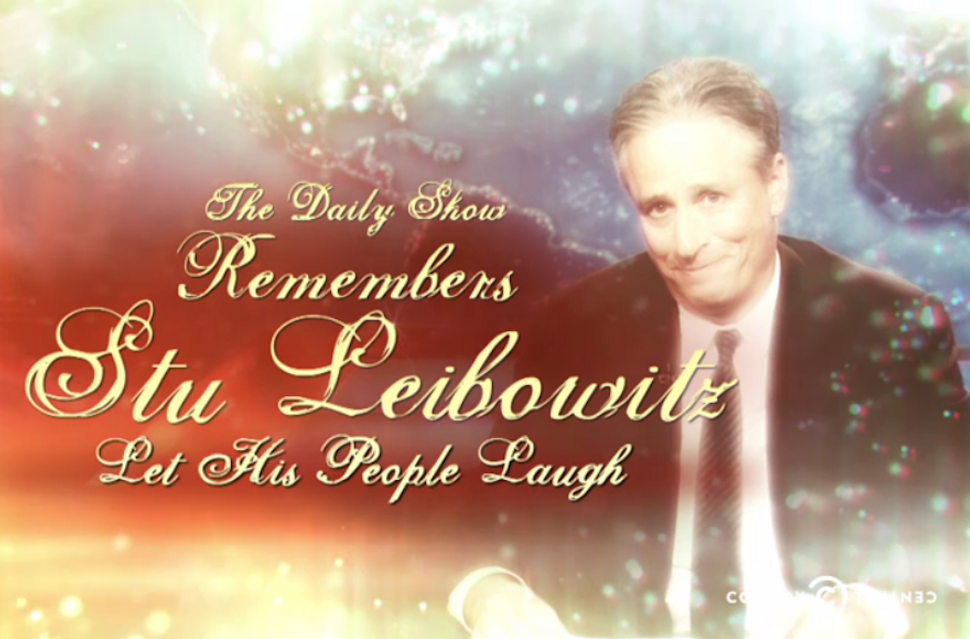 (JTA) — For years, it has been written about and on Thursday night it was sealed: Jon Stewart is proud to be Jewish.

With just two weeks left before he leaves “The Daily Show” after a 16-year run as host — and well ahead of the High Holidays — he appears to be tying up loose ends. Stewart made his Jewish pride clear in a segment titled “A Look Back: Let His People Laugh.”

Senator Chuck Schumer made a surprise appearance as a follow-up to his inclusion on the previous night’s show, which poked fun at the lawmaker’s preference for talking about diner food rather than addressing the Iran deal. (“What have you done?” Stewart asked MSNBC, about its choice of location for its interview with Schumer last weekend. “You brought an old New York Jewish man to a diner!”)

Conversation about diner breakfast food inevitably led to a Jewish joke, with Stewart quipping to the audience:

“How did you know I was Jewish? For years, I have gone out of my way to avoid displaying any of the stereotypical characteristics of our shared heritage.”

“Then Jon, you have failed spectacularly,” Schumer said. “So tonight, I’d actually like to celebrate your membership in the Tribe.”

That served as a cue for a concise but hysterically memorable video of some of Stewart’s best Jewish moments on the show – of which there are far too many to cram into a four-minute video. A partial list of the Yiddish or Hebrew words Stewart says in the video includes shalom, mazel tov, schmutz, bubbe, dayenu, shpilkes, punum, minyan, meshuganah and bubkes.

After the video concluded, Schumer asked Stewart: “Now would you show up at synagogue every once in a while? We miss you!”

Watch the entire video below.