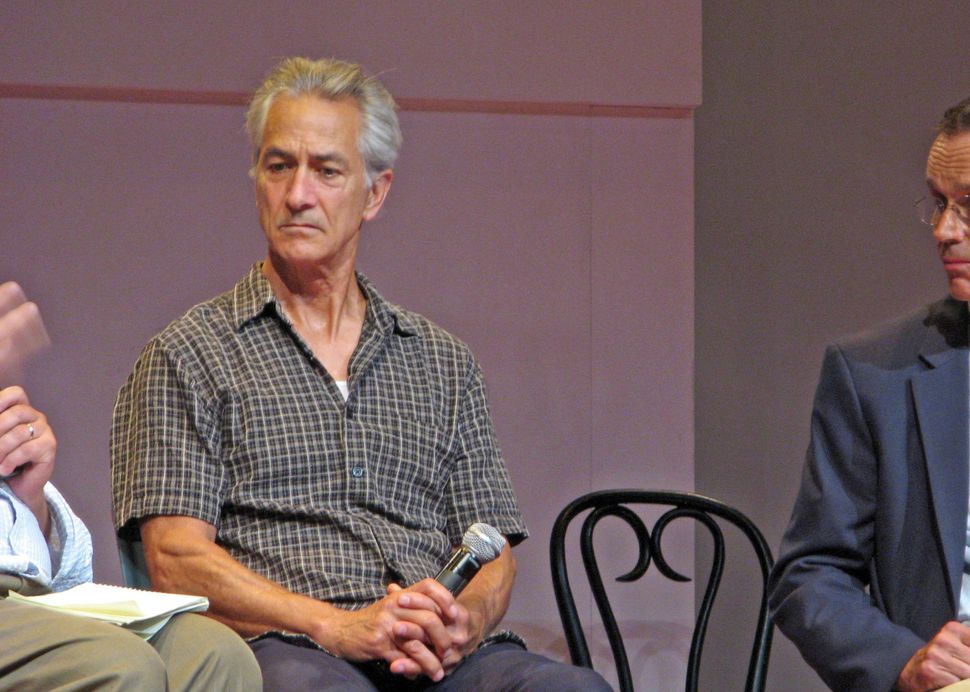 In credible Polish-accented English, Strathairn — accompanied by a Greek chorus ensemble of young actors/dancers — muses: “Governments have no souls, they have only their interests in mind. Individuals have souls. The question remains— who are you? What is your duty as an individual—what does it mean to look? Human beings have an infinite capacity to ignore those things that are not convenient…. When I think by myself I have nightmares. I don’t go back in memory.”

Karski, a member of the Polish Underground who survived the Soviets’ Katyn Massacre of Polish officers, was beaten and tortured by the Nazis before escaping. After being smuggled into the Warsaw Ghetto in 1942 (by 2 Jews, one a Bundist the other a Zionist) he was sent to London, then the U.S. where he met with President Roosevelt and others in the hope that the world would listen.

His greatest frustration was not being believed. Recreating — verbatim — Karski’s encounter with Supreme Court Justice Felix Frankfurter, Strathairn (as Karski) is at his wits’ end as he transmits Frankfurter’s [documented] response: “I am not saying you are lying. I’m saying, I do not believe you.” Giving life to Karski’s endless agony, Strathairn relates the attempt of Shmuel Zygelboym — my parents’ friend whose son was my schoolmate in Warsaw — to alert the world of what was happening to Jews in the Warsaw Ghetto. In despair, when no one would listen, Zygelboym discharged a pistol in his mouth leaving a suicide note, which I remember reading in 1943 Montreal in the The Forverts: “The responsibility for the crime of murdering the whole Jewish population of Poland rests in the first place upon the murderers themselves, but indirectly it rests upon all humanity, the governments and peoples of the Allied States which have not yet undertaken any concrete action to stop this crime.” 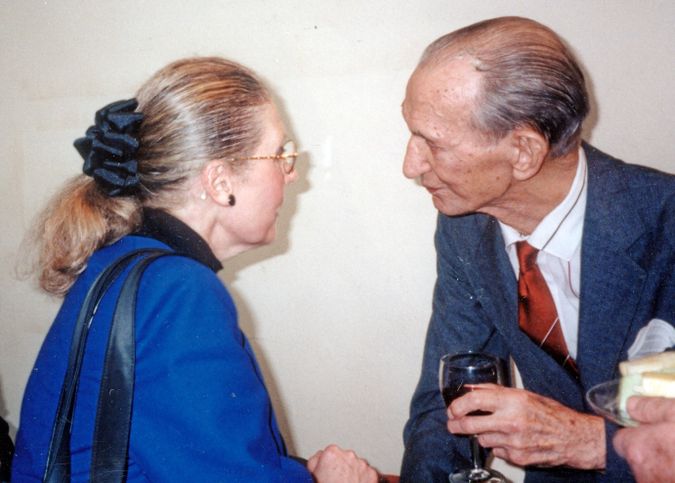 Debbie Bisno of Bisno Productions, producer of “My Report To the World” introduced the post-performance dialogue between writer/director Derek Goldman, journalist Andrew Nagorski and Strathairn who revealed: ““I first learned of Karski the year he died [2000] through a Polish friend.”

“I grew up on stories of the Polish Underground,” said Nagorski. “My grandfather was in the Polish government in exile… When we at Newsweek were planning an issue on ‘The Voices of the [20th] Century’, the first person I thought of was Karski.” Visiting him in Chevy Chase, Nagorski recalled: “He said ‘I just did what I was supposed to do. We know that most people did not do what they were supposed to do in those kind of situations.’” Goldman said, “I’m a professor at Georgetown. I didn’t get to meet Karski personally, but many of my colleagues knew him and we started to dig into his history.”

The first of my several meetings with Karski was on September 8, 1997 at a YIVO sponsored lecture: “Opening Pandora’s Box: Poles and Jews 50 Years After the Holocaust.” In memory of his wife — a Holocaust survivor and dancer — Karski established in 1992 the Pola Nirenska Prize at YIVO. We last met at the April 3, 2000 United Nations tribute to rescuers at which Karski grasped my hands in his and in both Polish and English wished me well. He died on July 13, 2000.

In 2012, he was posthumously awarded The Presidential Medal of Freedom by President Barak Obama.