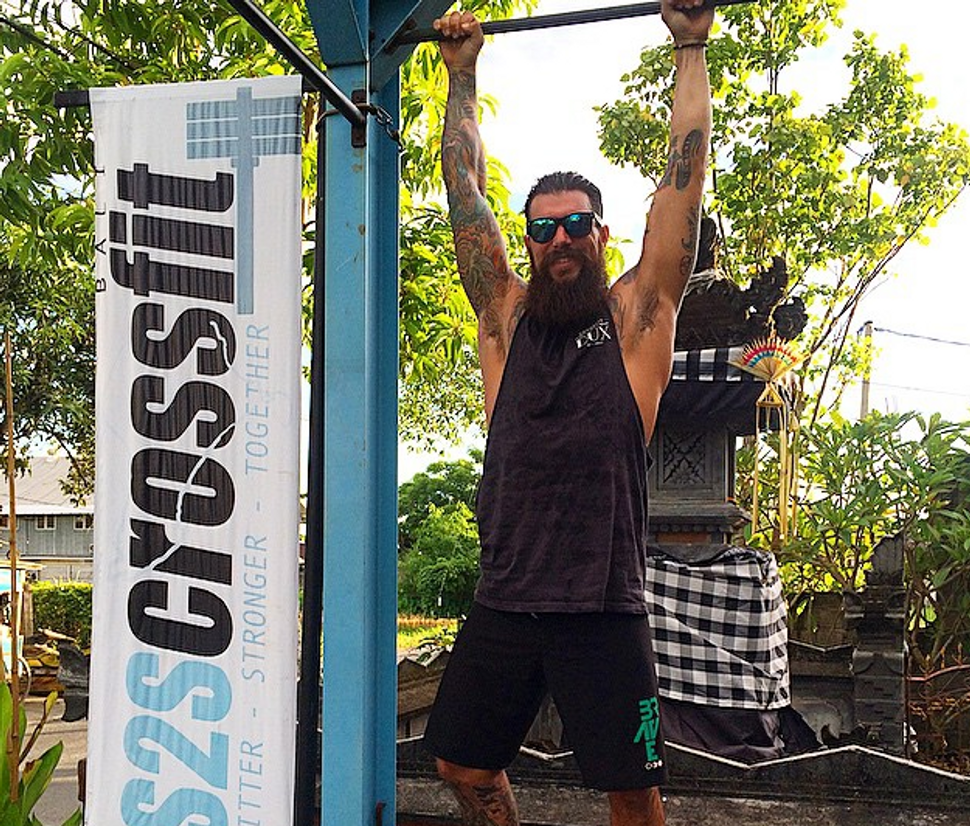 When Crossfit “guru” Dave Driskell travelled to Berlin, he decided to go visit the city’s iconic Holocaust memorial. He didn’t know what to expect — or that he probably shouldn’t pose on it and send an uplifting fitness message to his 70,000 followers.

Kicking up his legs, he posed with his trademark handstand on the memorial dedicated to the victims of Nazi genocide. 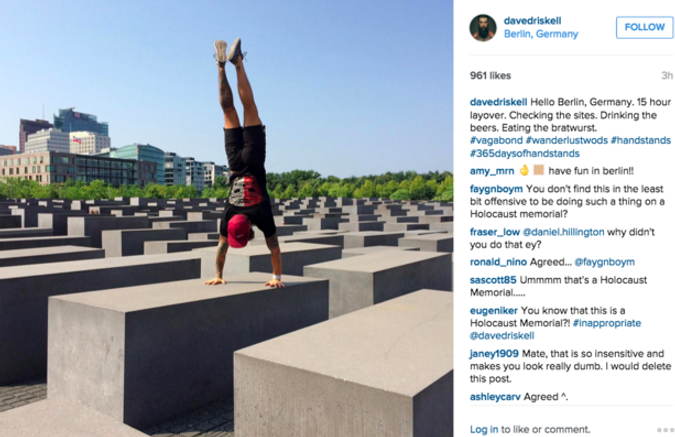 As you would expect, people were outraged, commenting saying things like, “Social media suicide right here…”, “WTF?”, and “You know this is a Holocaust Memorial?! #inappropriate”

“I feel completely terrible as I would never purposely offend or disrespect this memorial had I known,” Driskell told Buzzfeed.

The next day, Driskell posted another picture to Instagram — this time with a a message of apology.

“We walked near this memorial not knowing what it was at the time. People were walking on the pillars. Kids running around. People sitting on them,” he wrote. “I apologize for this horrible misunderstanding and any offense this might have caused… I respectfully ask your forgiveness.”