The Man Who Wrote ‘Exodus’ While Blacklisted 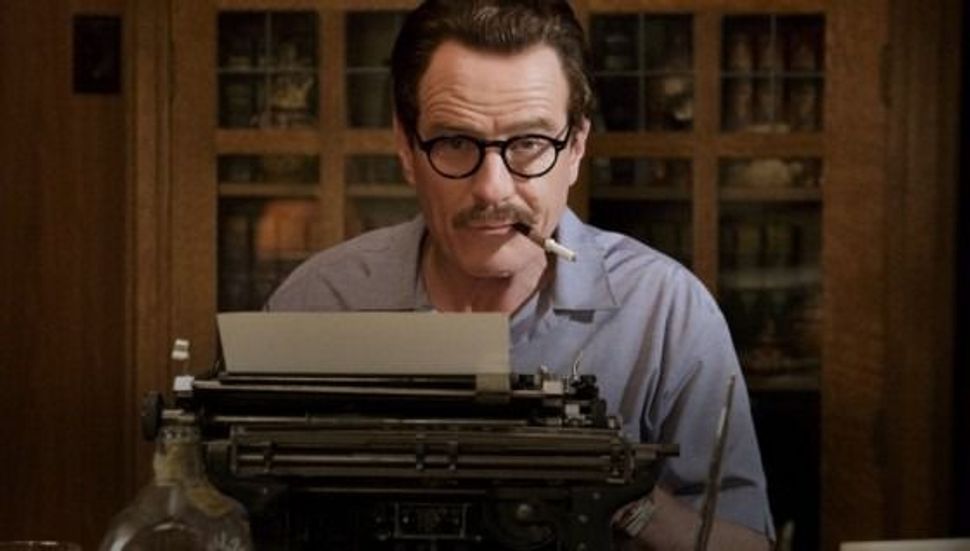 Those of you still pining for Walter White have some new Bryan Cranston action to look forward to.

Behold the first trailer for Trumbo, a biopic about celebrated Hollywood screenplay writer Dalton Trumbo, who defied the blacklist during the 1950s Red Scare. Cranston, of course, plays Trumbo, who while not exactly Jewish, . Trumbo, who joined the Communist Party in 1943, was one of the “Hollywood Ten” blacklisted by the House Un-American Activities Committee (HUAC).

After refusing to testify, he was essentially barred from working in Hollywood. But that didn’t stop him. He continued writing screenplays for some of the most iconic movies of the era, including “Spartacus” and “Roman Holiday,” the latter of which he received credit for in 1993 (he won a posthumous Oscar).

So, what can you expect from the movie? If the trailer is any indication, look forward to some classic Cranston bad-assery. Oh, and Louis C.K. in a retro hat.

The Man Who Wrote ‘Exodus’ While Blacklisted