Remembering the Night of the Murdered Soviet Yiddish Poets 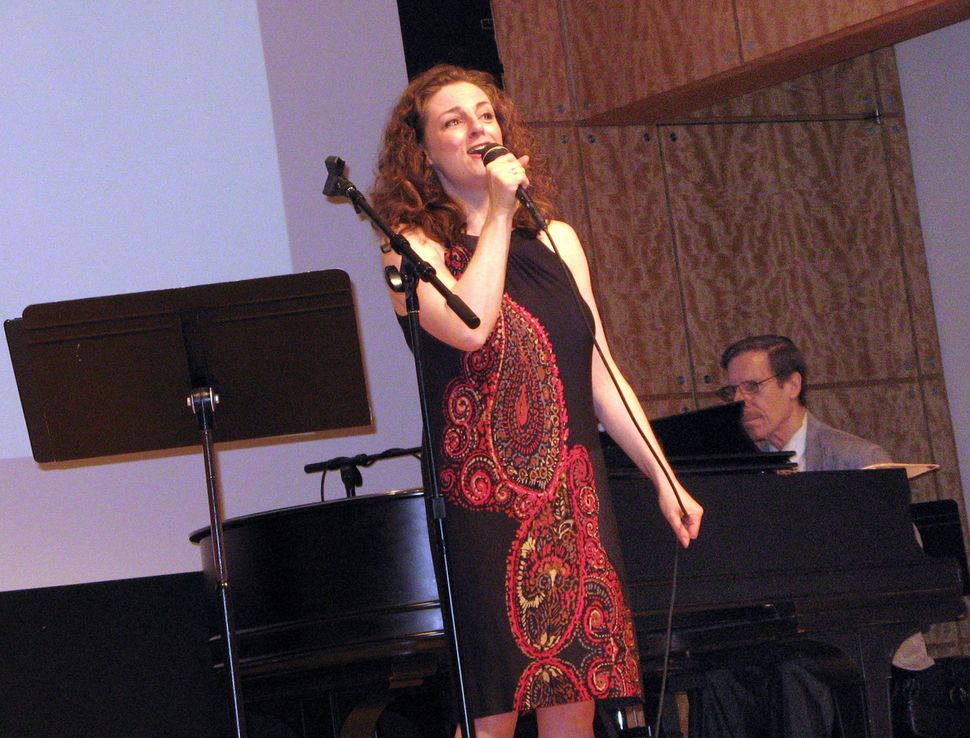 What made this year’s Remembrance of the “August 12, 1952 Night of the Murdered Poets” Memorial held at the Center for Jewish History unique, was the presence of Ala Zuskin Perelman, daughter of murdered Yiddish actor Benjamin Zuskin. Following greetings by event host *Shane Baker, Director, Congress for Jewish Culture, YIVO Executive Director Jonathan Brent delivered a scathing indictment of the Soviet Union’s Stalinist tyranny.

He addressed the horror of the “thirty-three Jewish doctors who were accused of poisoning Kremlin leaders — which triggered massive repressions of Jews throughout the length and breadth of the Soviet Union…with consequences that were only averted by Stalin’s death on March 9, 1953.”

Among those executed on August 12 — Yiddish writers David Bergelson, Itzik Fefer, Dovid Hofshteyn, Leyb Kvitko, Peretz Markish—and Yiddish actor Benjamin Zuskin. Other Yiddish writers and artists had fallen victim in earlier waves of ‘cultural’ reform…” The plan of the Soviet Union was to destroy the authentic voice of humanity and all culture — German culture, Polish culture, Ukrainian culture and substitute the platitudes of an ideology—the formulaic ways of thinking that were entombed to the political will and political character of the times. The greatest defiance that one can show to regimes like that is to withstand the lure of the platitudes…withstand the lure of habitual thinking.” Touting the victims’ courage, Brent noted: “each behaved with honor in court.”

Queens College, CUNY Professor Thomas Bird (who is fluent in Welsh, Polish, Russian and more) delivered his recitative on the Soviet plot to destroy Yiddish culture—in Yiddish. “One of the most tragic events that beset Yiddish culture—was not only on August 12—but other intellectuals on other dates and in various prisons of the NKVD [KGB precursor] — including Henryk Erlich and Victor Alter.”

I had met Erlich and Alter as a child in pre-war Warsaw. My mother and I traveled with Erlich’s wife Zofia and son Viktor across Siberia [to Japan] and sailed with them on the “Heian Maru” to the U.S. unaware of their fate. I was also witness to the arrest of my father in Vilno when at dawn in August 1940 two black-leather coated NKVD agents [precursor of the KGB] and two bayonet bearing soldiers broke into the house we lived in— a few blocks from the YIVO’s building. My father [Matvey Bernsztejn) would later share a Lukishki [Vilno] prison cell with Menachem Begin before each was sent to Stalin’s gulags.

In a rich Russian-accented English, petite Zuskin Perelman — author of the biography “The Travels of Benjamin Zuskin” — stood at the dais and recalled her father’s life as behind her film clips of his performances were showcased on a large screen. Touting his multi-talented accomplishments she elaborated on scenes from a Yiddish production of “King Lear” and a fragment from Goldfadden’s Yiddish operetta “The Witch” (aka “Di Makhasheyfe,” “Di Koldunie”).

“My father was one of the greatest actors,” said Perelman. “The theater in a totalitarian state is not just a place for entertainment…[you] speak in a vague language to convey a message which you could not dare talk out loud for fear of the authorities. The Moscow State Jewish Theater [1919-1949] was a beacon of light due to its Jewish message conveyed openly due to its stellar artistic level.”

Remembering the Night of the Murdered Soviet Yiddish Poets