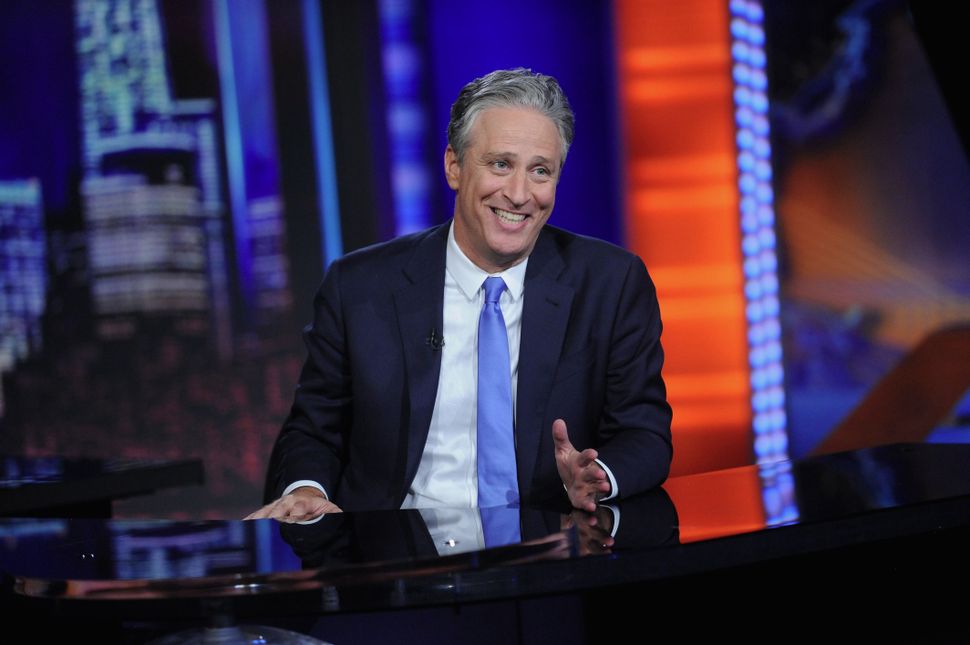 Before hosting the Emmy-winning “Daily Show” for 16 years, Jon Stewart went to a Jewish Day school. His teacher, Leah Linton, 90, still remembers him as a (tinier) comedian.

Linton, 90, came to America from Nazi-occupied Austria in the 1930s. She taught pre-kindergarten at Trenton Hebrew Academy for 35 years. During the 1966-67 year, she taught one Jonathan Stuart Leibowitz, known to the world as Jon Stewart.

“There was something sweet about him,” she told . “He was cute. He was funny. He was well liked. I don’t remember him getting into a fight with the other kids.”

She still keeps pictures of her former students stuck to a cardboard collage, one from each class. When she ran into Jon after he became famous, he signed the back of ’67 with, “Leah, Thank you for not failing me!”

“He was already a stand-up comedian at the age of 4, and I still remember some of the funny things he said,” Linton added.

Though the elderly educator never attending the live-taping of “The Daily Show,” she kept in touch with the Leibowitz family. Her children would baby-sit for Jon and his brother, and she was on good terms with Jon’s mother, also a teacher.

“The kids laughed no matter what he said,” Leah recalled. “So he turned into a great comedian.”