Why the Emmys Were Huge for the Jews 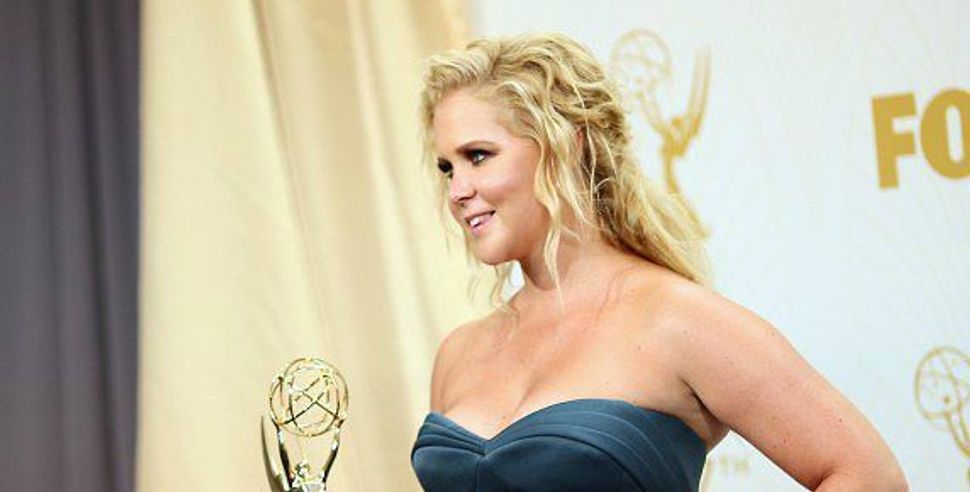 To borrow a word from Donald Trump, the 67th Emmy Awards were huge for Jewish talent.

When Jewish stars weren’t scooping up the Emmy’s flamboyant statues — really so much better than those dinky Globes — Jewish creators, writers, and directors were.

READ: Black Is Back for Jews on Emmys Red Carpet

And oh yeah, the evening’s host, Nice Jewish Boy Andy Samberg, did a fine job keeping us laughing with his opening number (“I’ve seen ‘em all!); and keeping the fast-paced show moving at a good clip.

FOR LOUIS-DREYFUS, A FOURTH WIN

HBO’s “Veep” was one of several shows to score multiple awards Sunday night, but it was Louis-Dreyfus’ fourth win as best actress in a comedy that was among the most satisfying of the night.

Like several others — including Samberg — she zinged the Republican frontrunner, who emerged as public enemy number one.

The star said she was going to accept her award with a line from “Veep.”

“What a great honor it must be for you to honor me tonight,” Louis-Dreyfus said. “Sorry, Donald Trump said that.”

“It’s getting trickier and trickier to satirize this stuff,” she added, validating what many Americans feel lately that reality has become stranger than fiction. 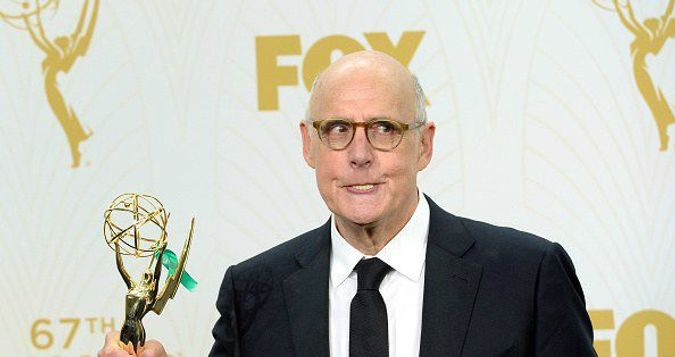 Tambor won best actor in a comedy for his portrayal of Maura Pfefferman in what we here at The Forward call the Jewiest show of the year.

Tambor, as he has at other award shows, had us reaching for the tissues as he talked about how importance of the Amazon series about a transgender dad coming out to his three young adult children.

“I had a teacher who used to say, you know, ‘When you act, you have to act as if your life depends on it.’ And now I’ve been given the opportunity to act because people’s lives depend on it,” he said in dedicating the win to the trans community.

The show’s Jewish creator Jill Soloway, who won the Emmy for Best Directing for a Comedy Series, wrote Transparent based on her “Moppa,” her own trans parent.

She noted that in 32 states, trans Americans have no protection from housing discrimination. “We don’t have a trans tipping point,” Soloway said, “we have a trans civil rights problem.” She urged viewers to support a push to include “gender identity” as a legal protection.

Schumer won for Outstanding Variety Sketch Series and the reason why was on full display with her one-liners on the red carpet where she quipped that she was beating the L.A. heat with “a bag of frozen peas” in her privates.

She revealed, as she accepted her award, that “Inside Amy Schumer” will continue for at least two more seasons.

“I want to thank my sister Kim, who’s the only reason I’m alive and breathing,” Schumer said.

She also gave a nod to the “suits who represent” her and to the makeup artist who did her smoky eye.

Jon Stewart, who is making us all proud in his fight to have the 9/11 Health Bill made permanent by Congress, was honored on three fronts.

His final year of “The Daily Show with Jon Stewart” won in Variety Series Writing and Directing categories and as the best Variety Talk Series.

“Thank you very much,” he said in his acceptance speech. “You’ll never have to see me again.” His replacement Trevor Noah, launches a new “Daily Show” on Comedy Central on Sept. 28.

Why the Emmys Were Huge for the Jews