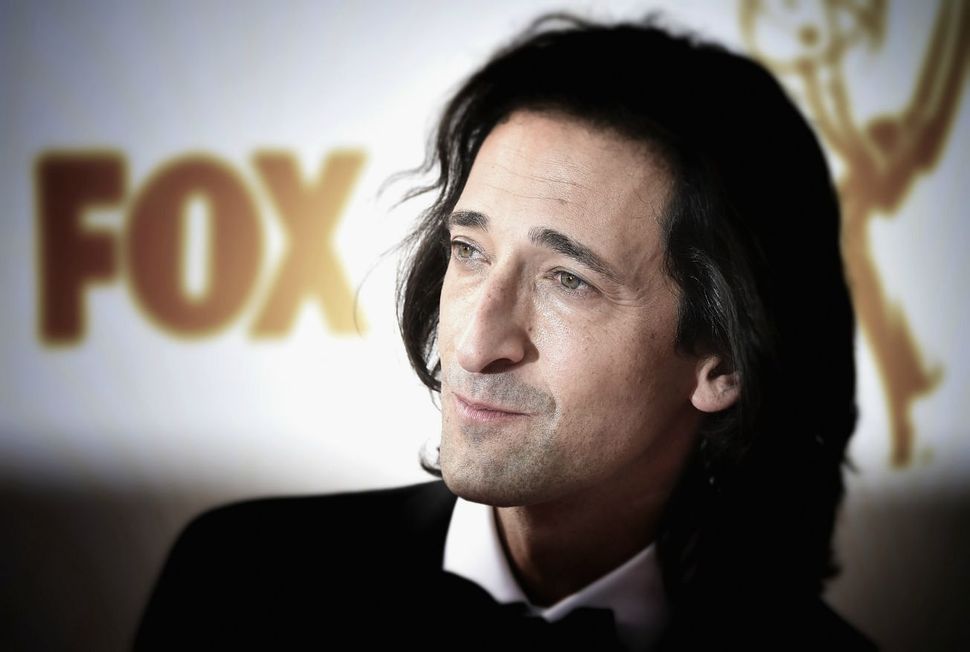 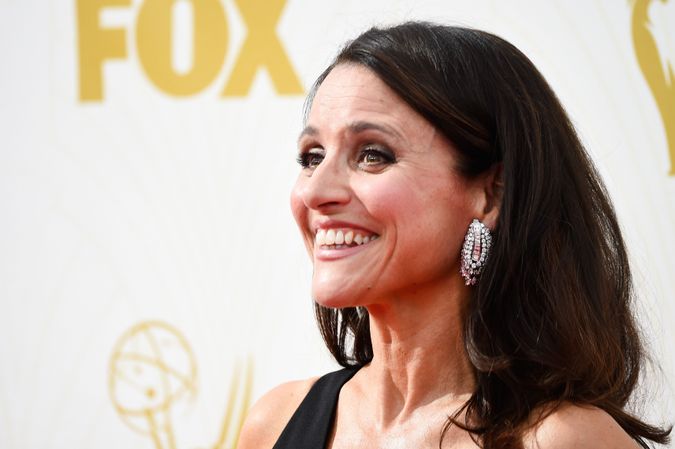 Black was back — big time — on the 67th Emmys’ Red Carpet, and the Jewish stars who walked it, by and large, followed the trend.

Lisa Kudrow, who was nominated for best comedic lead actress in “The Comeback,” kept it simple but elegant in a black tuxedo pantsuit and clutch that still managed to be incredibly feminine.

Jamie Lee Curtis stunned in a black, form-fitting black gown accentuated by a diamond cuff on her right wrist but her best accessory? Her silver-gray pixie cut do that makes the 56-year-old “Scream Queens” start look more fabulous than ever.

READ: Why the Emmy’s Were Huge for the Jews

A lot of tongues wagged over Amy Schumer’s teal strapless Zac Posen. The sweetheart neck gown elegantly hugged the comic’s curves. Her teased-up hair and smoky eye makeup completed the look for the cousin of U.S. Sen. Charles Schumer (D-NY). Her sister Kim Caramele, who was her date, also had on Posen couture.

Big Bang’s Mayim Bialik was also in black and the observant Jewish star, who was nominated again for best supporting actress, revealed she did something we doubt any other star did Sunday morning before Emmy: She visited her father’s grave.

“Everybody was asking, ‘What do you do Emmy morning?’ and it happens to be the Sunday between Rosh Hashanah and Yom Kippur, which is this Sunday, the customary day to go, so I went,” she told Extra’s Mario Lopez.

“I have something that reminds me of my dad in my purse.”

Classy Honourable Woman nominee alongside Maggie Gyllenhaal went with classic black and lilac Oscar de la Renta. It was among the best we’ve ever seen her rock. The Fred Leighton jewels and Ferragamo clutch were perfect addition. Brava, Jake’s sister!

Jewish funny woman Julia Louis-Dreyfus won the night on so many levels, not the least of which was her walk up the Red Carpet in a black Safiyaa one-shouldered number with Salvatore Ferragamo shoes, Chopard jeweled cuff and earrings, and a Roger Vivier clutch.

As for the guys, most of the tribe big names wore variations on the traditional black tux — but there were some major exceptions. 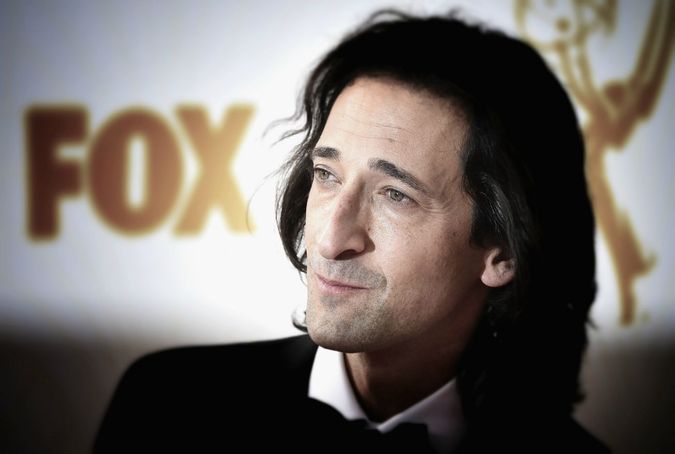 Series lead actor nominee Adrien Brody did black best, with a slightly loose, slightly over-sized bowtie that wrapped him up in a very nice package indeed.

“Why yes, I am wearing Crocs on the red carpet,” he said on Instagram. “Everybody does it.”

John A. Oswald can be found on Twitter at @nyc_oz