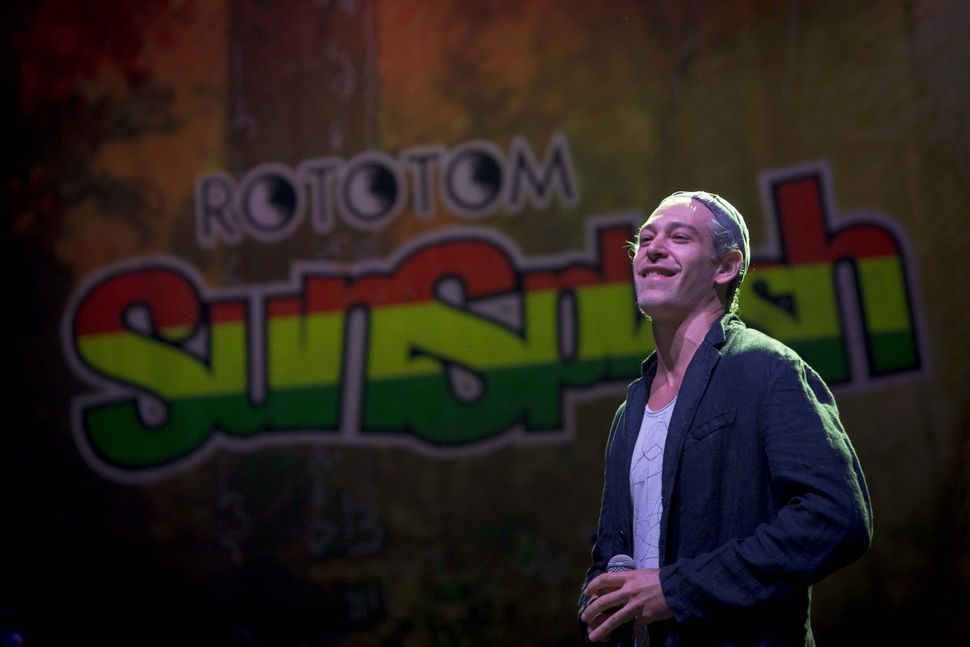 American Jewish reggae singer Matisyahu said that he was proud to stand up to the Boycott, Divestment and Sanctions movement protestors who attempted to bar him from playing at a Spanish music festival.

“I’m glad that it happened in the end,” Matisyahu told Haaretz on Wednesday after visiting former Israeli Prime Minister Shimon Peres’ Peace Center in Jaffa, Israel. “I was given the opportunity to stand up for what I believe in, and as a proud Jew, to stand up for Israel.”

Matisyahu was slotted to play at Spain’s Rototom SunSplash reggae music festival in August before BDS activists pressured the event’s organizers to disinvite him because of his support for Israel. After a backlash from Jewish organizations and the Spanish government, the festival organizers apologized and invited Matisyahu back. He performed in front of a crowd that included people waving Palestinian flags.

On Wednesday, Matisyahu did not go as far to say the BDS movement is anti-Semitic.

In the meeting with Peres on Wednesday, Matisyahu said he was proud to play in Israel, especially during the violence in Jerusalem

“I think it’s an important thing for Jews outside of Israel, American Jews like myself, to come to Israel no matter what’s happening here,” he said.

“Not only do you represent peace and hope and togetherness, but also courage,” Peres told him.

Matisyahu will perform at the Sultan’s Pool in Jerusalem on Saturday night.