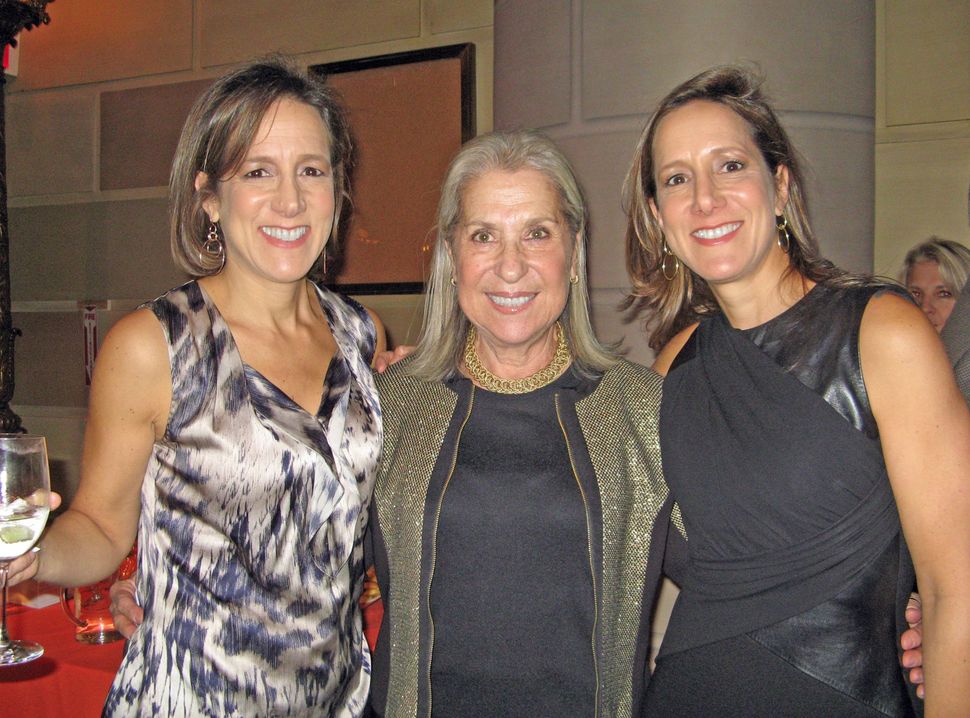 “How many of you can say that you are in a second, third or fourth generation of a family business?” said Rabbi Andy Bachman in his address honoring Russ Daughters and the Russ Family at the Museum at Eldridge Street’s first “From Generation to Generation” Gala—held at Manhattan’s Gotham Hall—who was presenting the honor to Niki Russ Federman and Josh Russ Tupper who are 4th generation owners of Russ & Daughters Cafe the appetizing store, and acclaimed restaurant owner of the 101-year old appetizing store. The honor was also given to Mark Ross Federman the 3rd generation of the Russ family.

Bachman recalled: “I was racing to an appointment in Manhattan when I was verbally approached by a one-legged homeless person in a wheelchair –next to him a jar filled to overflowing with dollar bills. ‘I need help! Someone please give me some soup! I’m a diabetic.’ I reached for a dollar. ‘Did you hear what I just said. I don’t want your money! I need some chicken soup — you know — Jewish medicine’… So I went and got him some ‘Jewish medicine’….I told him the best Jewish medicine—if you can find your way downtown—is at Russ & Daughters. It’s not just food but four generations of being a family at the historic ground zero of Jewish life…committed to the pleasure of work [and] service of the narrative of what it means to be Jews in this country.” 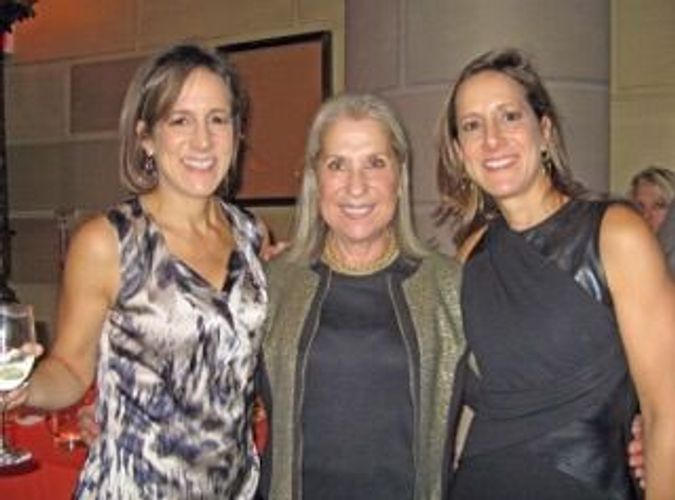 When Aron Streit came to America from Austria with his wife Nettie, he brought to the Lower East Side his matzo-making skill. By 1925, Streit’s Matzo on Rivington Street was serving the community where workers passed hot matzos from the machines out the windows to passersby. Ninety years and five generations later, Aron Streit’s descendants moved from the Lower East Side to Rockland County—taking with them some of the original machinery. Aaron Yagoda — a fourth generation family member — said: “It’s almost impossible to find a fifth generation family business.”

“By giving the award to all three of us — you saved us thousands of dollars in family therapy,” said Abigail Pogrebin who — along with twin sister Robin and mother Letty Pogrebin were honored. Author of “Stars of David: Prominent Jews Talk About Being Jewish” and recently appointed president of Central Synagogue in Manhattan, Abigail mused: “Maybe it’s just that Robin [a culture reporter for The New York Times for twenty years] and I turned fifty last May — a fact we did not publicize. But our age was mercilessly exposed on Facebook by so-called friends who— with a slight undercurrent of Schadenfreude (malicious joy)—-wished us a public ‘Happy Birthday. ’Congratulations on being half a century old!”

As president of Central Synagogue, she commented on what people prioritize. “Some put their children first and high on lists- career, spouses, low carb diets. But there is something else— institutions—meaningful places that have stood for generations and need to keep standing. Eldridge Synagogue is one of those jewels.”

“Usually when one gets an introduction, you’re supposed to respond with humility,” said Letty Pogrebin, a founding editor of Ms Magazine and author of “Deborah, Golda and Me: Being Female and Jewish in America.” “But I always take my cue from Golda Meir who said, ‘Don’t be humble — you’re not that great’.”

Award presenters were Rabbi Joseph Telushkin (to Dr. Fuchs Family), Rabbi Burton Visotzky (to the Pogrebin family), Rabbi Andy Bachman (to the Russ Family). The Streits family were lauded by filmmaker Michael Levine whose film “Streits Matzo and the American Dream” will open nationally in 2016.

Each honoree was presented with an original print entitled: L’Dor V’Dor by artist Mark Podwal. In addition to a vibrant orchestra, Eleanor Reissa belted out a selection of Yiddish hits.

During the reception, I got a chuckle out of Mark Russ Federman [3rd generation member of “Russ and Daughters”] when I told him that I chose to wear a “lox-colored” jacket in honor of his family.