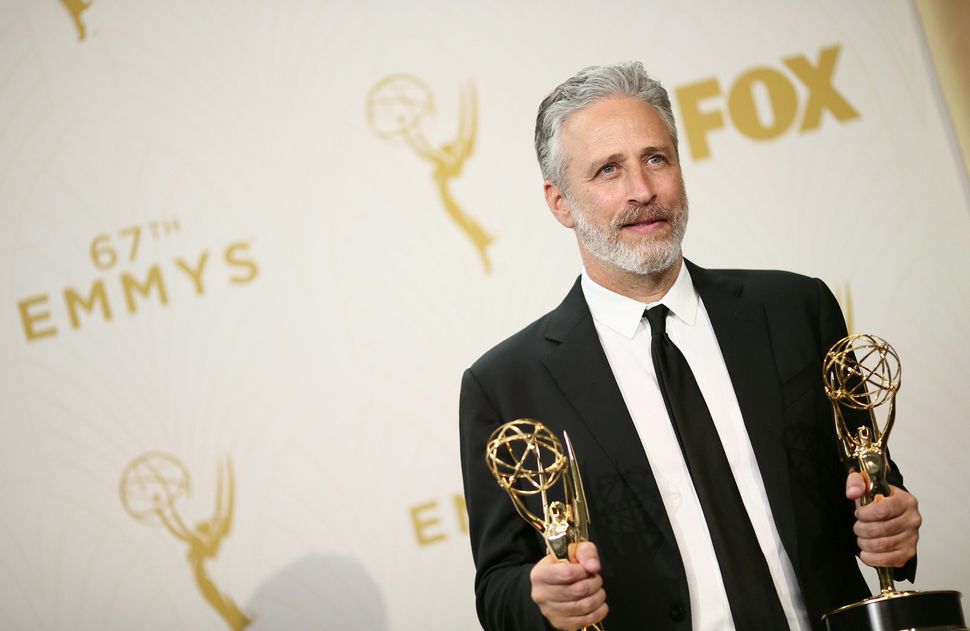 It’s official: From here on out, just call him him Farmer Jon.

Jon Stewart and his wife Tracey said over the weekend that they are opening a sanctuary for abused animals at their 12-acre farm in Middletown, New Jersey, where the former host of the “Daily Show” has jokingly been spending his days as “the mayor of the smoothie store.”

The couple is joining forces with the group , which runs three rescue facilities — two in California and one in upstate New York’s Finger Lakes region in Watkins Glen.

Stewart and his wife were honored at an all-Vegan benefit Saturday night at New York City’s famed Plaza Hotel.

The funnyman looked around the room at the crowd and proved his humor is still intact.

“I’m a little uncomfortable,” he quipped. “I’ve spent the last 20 years immersed in the world of Washington politics and the media landscape, so I don’t know how to deal necessarily with people who have empathy.”

Their outpost, Tracey Stewart said, will also serve as a resource for other animal lovers.

The Stewarts’ deep dive into animal activism coincides with a new study in The Lancet that asserts that processed meats like bacon and hot dogs — cause cancer. The World Health Organization said red meats are “probably carcinogenic” to people.

A bad day for bacon, as NPR reported.

Farm Sanctuary also honored animal rights warrior Morrissey, the British former frontman of The Smiths who in concert routinely sings one of his signature songs, “Meat is Murder” as graphic images from animal slaughterhouses play in the blood red-lighted background.

“I am very proud to be offered this very intelligent award,” he said in a statement.

“My firm hope, of course, is that all people will arrive at sophisticated and compassionate enlightenment by understanding how the hidden hell of factory farming, slaughterhouses, and dairy farming is destroying the planet far more than any other known entity, and is an unimaginably evil torture for animals who ask for nothing but to be allowed a chance to live their lives.”

Ingrid Newkirk, president of People for the Ethical Treatment of Animals, lauded the Stewarts.

“PETA always counted on Jon Stewart to defend animals and challenge their abusers on the Daily Show, whether he was calling out Gov. Chris Christie for vetoing New Jersey’s bill to ban gestation crates or butting heads with guest Liam Neeson over the cruelty of forcing horses to pull heavy carriages in New York City traffic,” Newkirk told The Forward.

“We’re delighted that the Stewarts’ New Jersey animal sanctuary will educate and inspire people to make the world a kinder place for animals, and excited that Jon’s now a vegetarian so that he’ll likely live longer.”