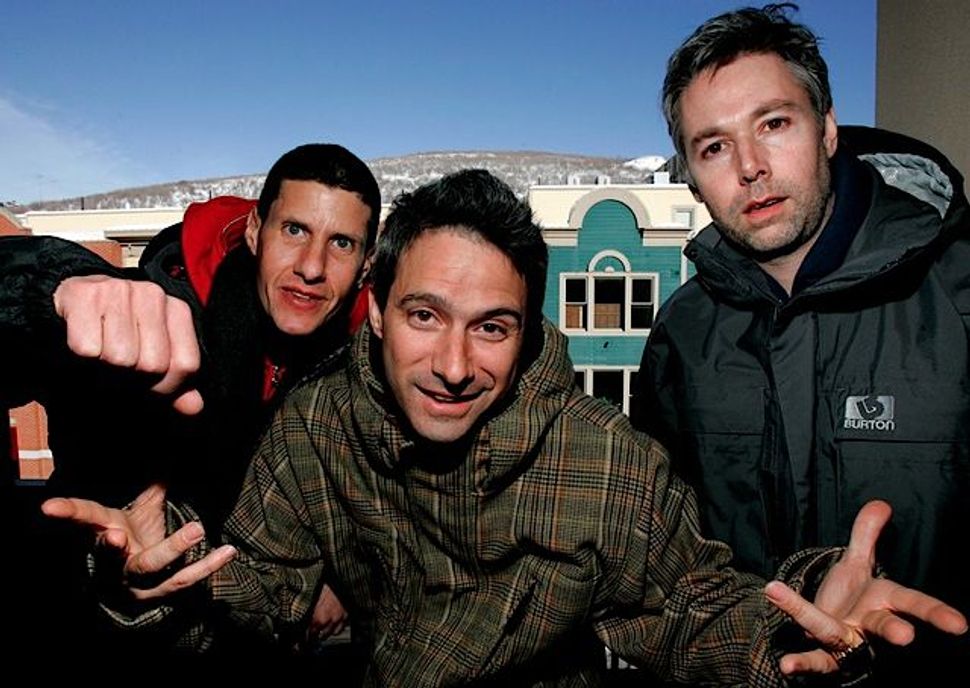 (JTA) — A musical play based on the lives and careers of the influential hip-hop group The Beastie Boys is to open in London.

“Licensed to Ill,” named after the group’s first album, is scheduled to run from Nov. 23 to Dec. 12 at the Camden People’s Theater.

Yauch died of cancer in 2012, and the group disbanded.

The Beastie Boys outlasted most hip-hop acts of their era, having started in the early 80s. They are known for combining elements of punk rock with the sounds of early hip-hop.

“‘Licensed to Ill’ travels through time from the hiphoppers of ‘80s New York to the ‘90s gangsters of LA – all the way to the total globalization of hiphop … we follow the gang from teenage punks, via their discovery by legendary producer Rick Rubin, to their induction in the Rock’n’Roll Hall of Fame,” a promotional description of the show says.

The Beastie Boys are reportedly not involved in the show, which is a co-production of the theatre and artistic directors Simon Maeder and Adam El Hagar — with help from comedy duos Abandonman and the Rubberbandits.

“Whilst we have ensured the Beastie Boys are fully appraised of our plans for the show, this is an unauthorised production based on the Beastie Boys story,” co-creative director Simon Maeder told Pitchfork.