Liz Taylor Ran a ‘Dallas Buyers Club’ Out of Her Home 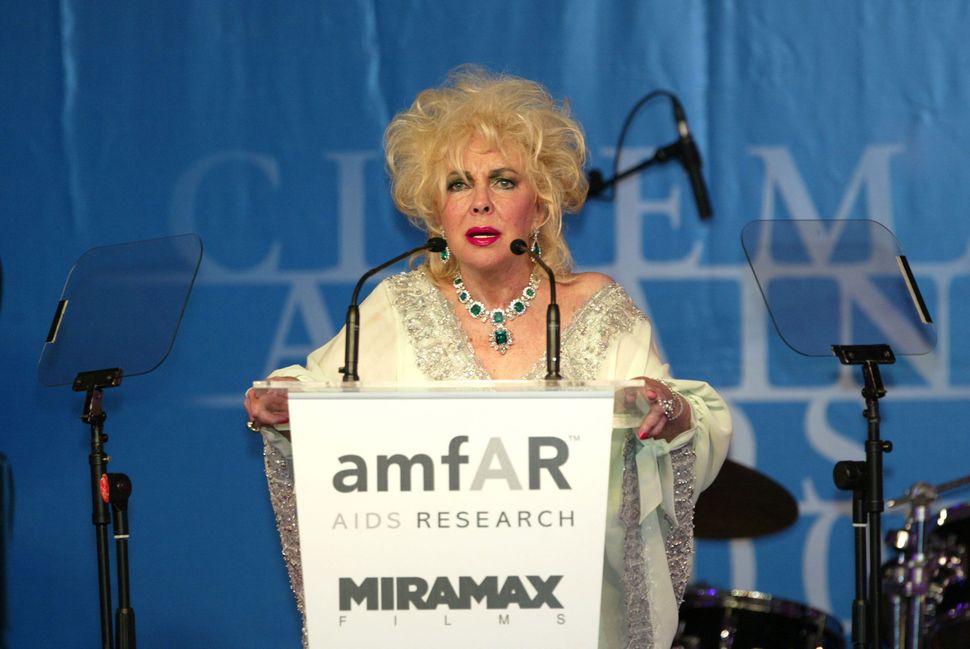 Elizabeth Taylor’s fierce commitment to the fight against AIDS was without question.

An outspoken advocate for people with HIV, she raised millions of dollars, and was one of the founders of amfAR (the American Foundation for AIDS Research).

A new report reveals she was even more hands-on than anyone knew: The violet-eyed Jewish siren was reportedly running a ‘Dallas Buyers Club’-like secret network out of her Bel Air mansion to get medication to people with the HIV virus.

Like Ron Woodroof, whose smuggling of experimental pharmaceuticals was enshrined in the movie’s Oscar-winning performance by Matthew McConaughey, Taylor opened up her home in the early 1990s to get yet-to-be-approved drugs to the sick and dying.

Taylor’s heroics were revealed by actress and model Kathy Ireland in an interview .

“Talk about fearless – at her home in Bel Air,” Ireland said. “It was a safe house. A lot of the work that she did, it was illegal, but she was saving lives. She said her business associates pleaded with her, ‘Leave this thing alone.’ She received death threats. Friends hung up on her when she asked for help. But something that I love about Elizabeth is her courage.”

Taylor got involved in advocacy for AIDS research after the death of her friend and Hollywood icon, Rock Hudson, in 1985.

Ireland, an advocate for HIV awareness, made the revelation while discussing actor Charlie Sheen’s recent announcement that he is HIV-positive.

Liz Taylor Ran a ‘Dallas Buyers Club’ Out of Her Home