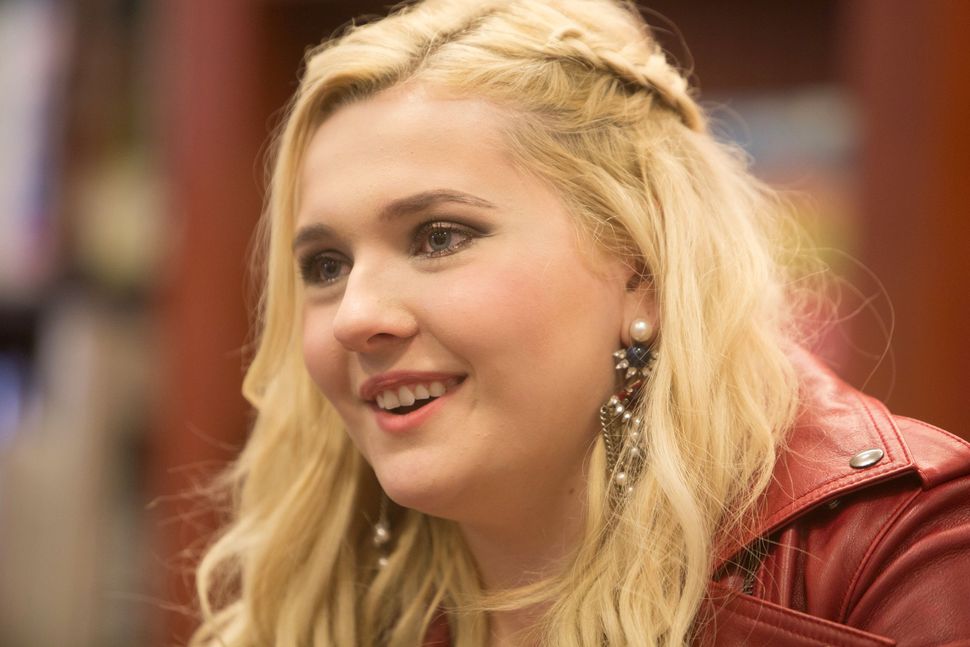 “Dirty Dancing,” the hit 1987 film about a Jewish college student on vacation at a heavily Jewish Catskills resort, will be adapted into a TV musical.

Abigail Breslin will start in the taped musical, which will air on ABC and be written by Jessica Sharzer, according to The Hollywood Reporter.

Allison Shearmur Productions and Eleanor Bergstein, who wrote the film’s screenplay, will produce the three-hour show.

Sharzer and Bergstein are Jewish; Breslin has one Jewish parent.

The movie starred Jennifer Grey as the student and chronicled her romance with one of the resort’s non-Jewish employees, played by the late Patrick Swayze. Also starring was Jerry Orbach as Grey’s father.

Like the film’s protagonist, Bergstein was the daughter of a doctor and frequently vacationed with her family in the Catskills.

ccording to The Hollywood Reporter, “Dirty Dancing” has grossed more than $213 million globally since its release. It also inspired a 2004 remake titled “Dirty Dancing: Havana Nights” and a Lionsgate remake project that was abandoned in 2012.