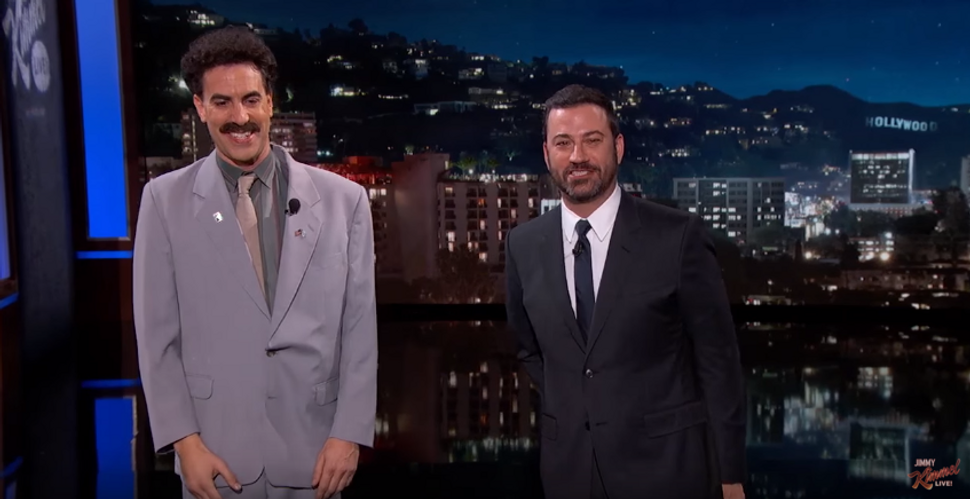 World renowned Kazakhstani culture reporter and discotheque aficionado Borat Sagdiyev went on “Jimmy Kimmel Live” on Wednesday night to warn the U, S and A of yet another terrible Jewish propaganda movie by Sacha Baron Cohen.

As the “Jews are home counting their chocolate monies” during Hanukkah, Sagdiyev warned Kimmel that Cohen — a pain in Sagdiyev’s “exit holes” — is back with another movie, “The Brothers Grimsby.” The esteemed reporter and Kazakhstan’s most brought shocking propaganda footage from the film, which was met with applause from the audience and two thumbs down from Sagdiyev.

“His characters are very, very offensive, Ali G, Bruno and his new one, Donald Trump,” he said, inviting everyone to join in a boycott of the film and the opportunity to win a luxury motor car. 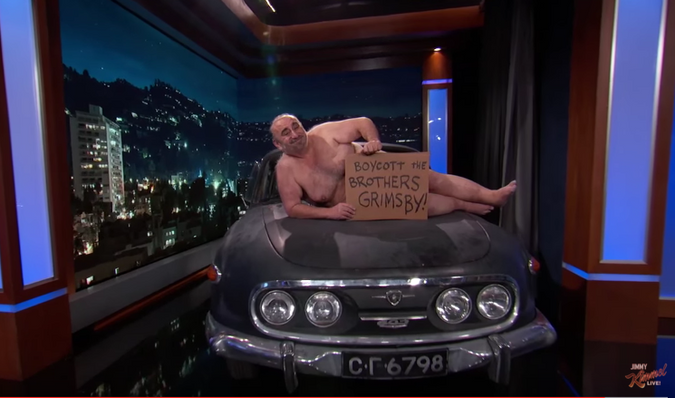