The Brooklyn Nets Just Had an Epic Hebrew Fail 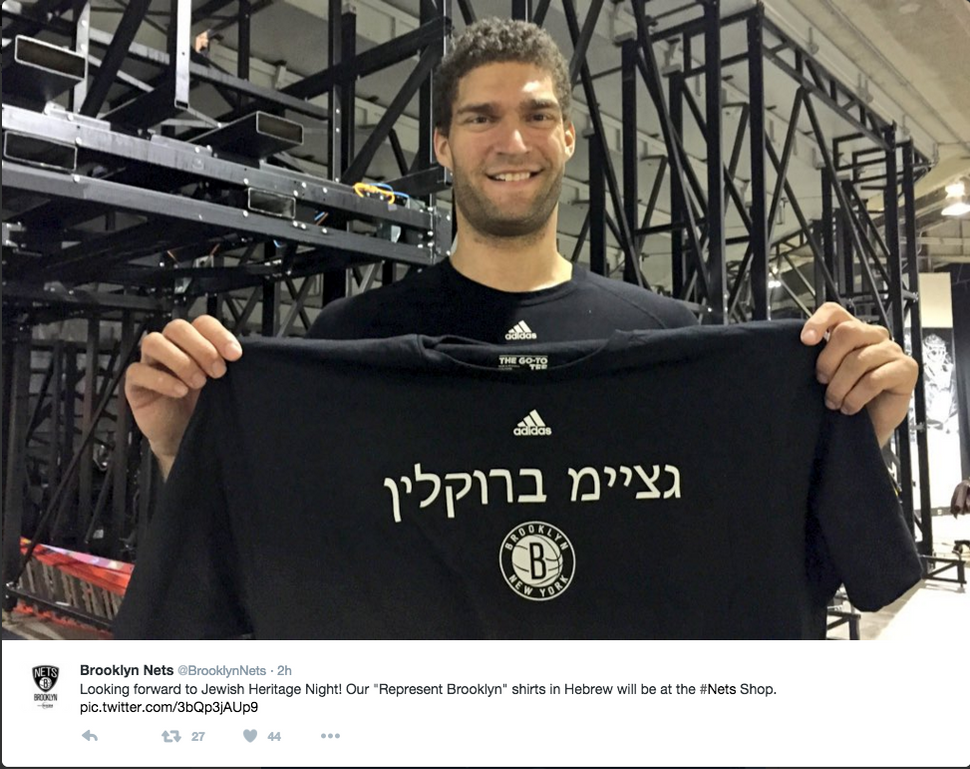 Oy. The Brooklyn Nets may have had the best of intentions, but this is an epic #HebrewFail. 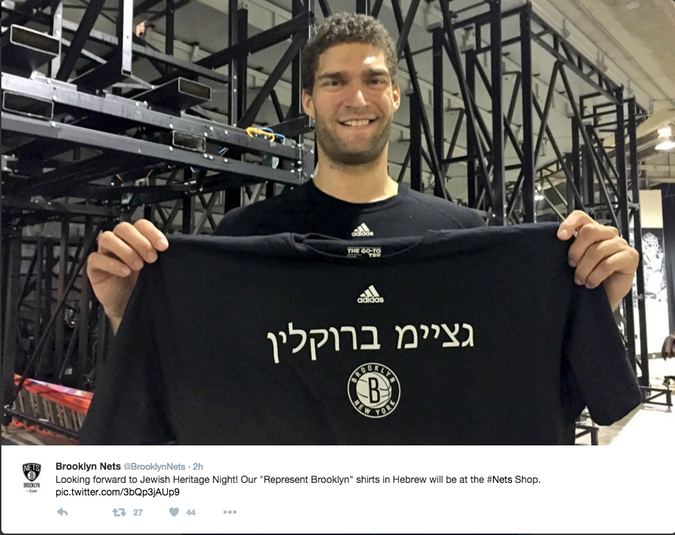 The Nets wanted to print a shirt that says “Represent Brooklyn”, which even when spelled correctly, sounds weird when translated to Hebrew: ״מייצג את ברוקלין״ (Brooklyn, Meyatzeg). Any female fan would need a different shirt, since the third person in Hebrew is gendered: “מייצגת את ברוקלין״ (meyatzeget).

But, unfortunately, it seems no Israeli proofreader was available before the final printing of the shirt. While the word Brooklyn was perfectly printed, the word “represent” was completely inverted, something that often happens when you put Hebrew into Photoshop.

And so, the word represent turned into גציימ which isn’t even a word. (Translated roughly, it says “getzaim” which doesn’t mean anything, at least not in Hebrew.)

Let’s hope the Nets can get these shirts reprinted. And let this be a lesson to you to always have a Hebrew proofreader at hand.

At least it wasn’t a tattoo.

The Brooklyn Nets Just Had an Epic Hebrew Fail