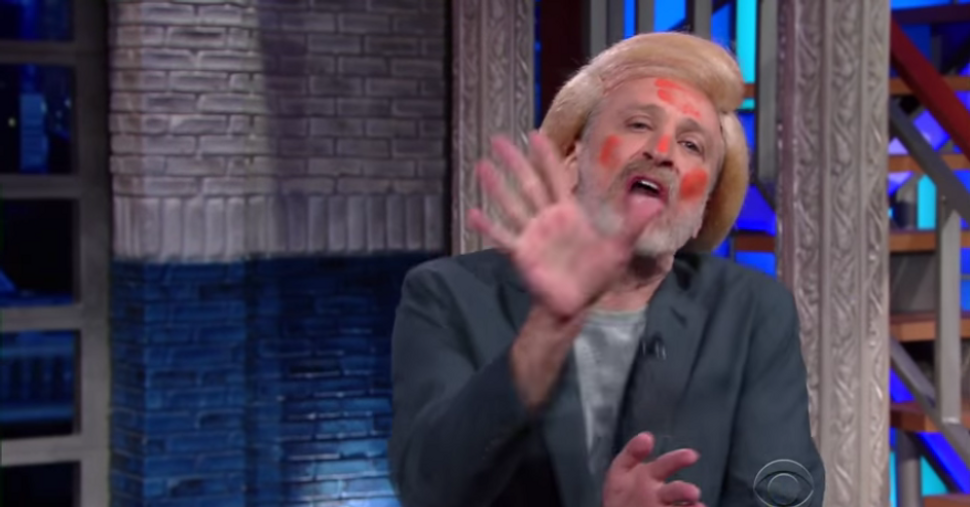 (JTA) — Jon Stewart may have left “The Daily Show” before Donald Trump’s campaign got into its headline-stealing groove, but that doesn’t mean that the Jewish comedian can’t still take shots at the Donald.

On Thursday, Stewart joined his old Comedy Central companion Stephen Colbert on CBS’ “The Late Show” in his latest attempt to bring attention to the Zadroga Act, a law that provided medical care to 9/11 first responders until it expired in September. Stewart has been outspoken in his urging of Congress to renew the legislation, which is part of a comprehensive spending bill that will be up for a vote next week.

In stark contrast to his serious, no-nonsense segment on his old show on Monday, Stewart brought his comedy chops to Colbert’s late-night monologue.

“No one is going to listen to you unless you, I don’t know how to put this, ‘Trump it up’ a little bit,” Colbert suggested.

And “Trump it up,” he did. Watch Stewart’s impression start at around 3:50 in the video below.