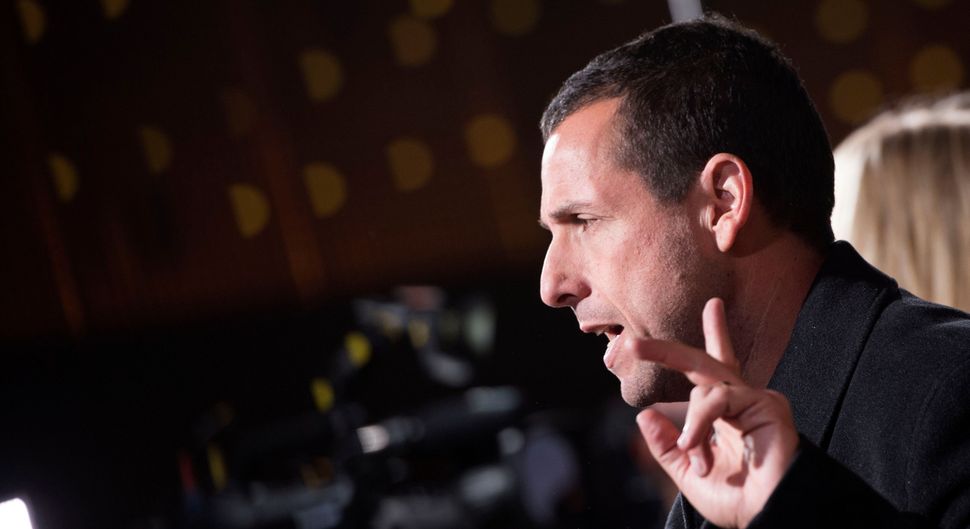 “I’m disgusted they single out Israel,” Sandler said Tuesday on Stern’s Sirius satellite radio show. “That [they say], ‘We can’t play Israel.’ All these f—king nice Israeli people are getting a ‘f—k you’ from Roger Waters.

In October, Stern ripped Waters, a major proponent of the Boycott, Divestment and Sanctions movement, or BDS, in a seven-minute rant. The rant was motivated by an open letter Waters published in Salon criticizing rocker Jon Bon Jovi for performing in Tel Aviv on Oct. 3.

“What is with Roger Waters and the Jews?” Stern asked. “The Palestinians are these Arabs that could live in Egypt they could live in Saudi Arabia, but guess what? Those countries don’t want them either. Israel has a little tiny country, and it bugs the s—t out of Roger Waters. He can’t f—kin’ deal with it.”

“Where do you want the Jews to go, Roger? You want them just to go back to the concentration camps? What is it you want, f—khead?” Stern said adding: “Jews, go to the dark side of moon and live,” referring to a popular Pink Floyd album.

Sandler told Stern that he is “proud of being a Jew and that’s what I am.”

Stern pointed out that Sandler’s wife converted to Judaism. Sandler responded that he is not “crazy religious.” He told Stern that his chai necklace “is in like the third drawer under the T-shirts.”