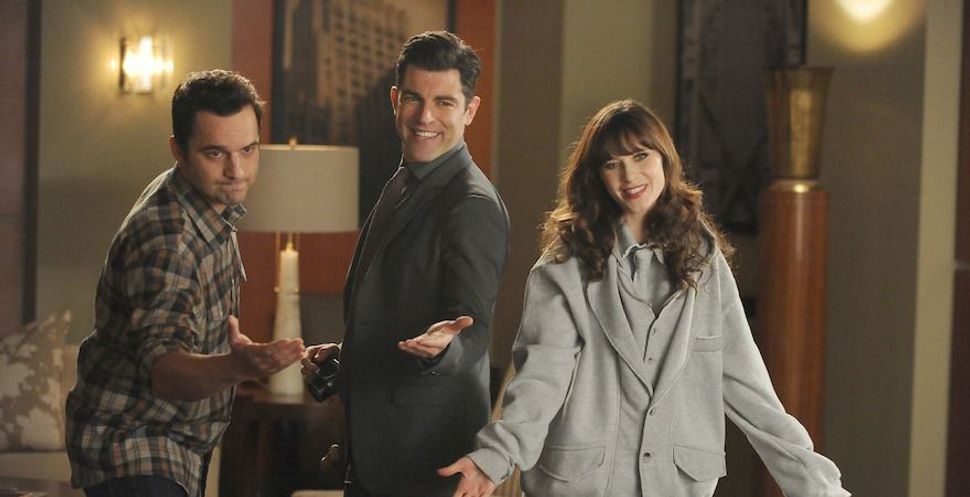 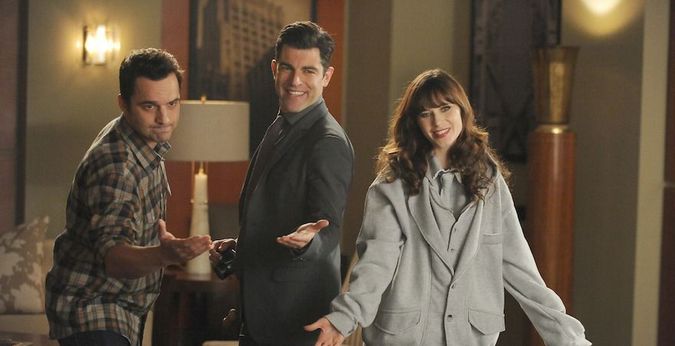 (JTA)— Fans like to call “Seinfeld” one of the most-Jewish sitcoms of all time, even though it makes so few explicitly Jewish references.

In that regard, the successful Fox sitcom “New Girl,” which stars Zooey Deschanel and will start its fifth season Jan. 5, is a foil to the “show about nothing”: It’s chock-full of Jewish jokes that aren’t very Jew-y.

Last season, “New Girl” ramped up the use of Jewish-themed one-liners — almost all of them at the expense of Schmidt, a lovably narcissistic marketing associate played by Max Greenfield — to near-awkward levels. Almost every episode features a comment about Schmidt’s Jewishness.

And yet, the sitcom — which centers on a group of friends in their early 30s who live together in a loft apartment in Los Angeles — does not have a Jewish tone or plot. There’s just Schmidt, who’s said to be Jewish — repeatedly.

While some of the Jewish jabs are funny in a crude way, others fall flat or seem out of place. A major comic theme is that Schmidt is handsome despite his Semitic heritage.

That joke in particular could be accused of shading into anti-Semitism. But it’s worth noting that Schmidt is a fleshed-out and successful character — with his own plot lines and a fictional life full of friends and beautiful women. The creators of “New Girl” may harp on his Jewishness a bit too much, but their heart is clearly in the right place.

And they have plenty of Jewish influences on set to keep them honest. Greenfield is a real-life Jew, Deschanel, who plays the titular new girl, Jess, recently joined the tribe and Jake Johnson, who plays Nick, has a Jewish dad. Johnson was born Mark Jake Johnson Weinberger.

Nevertheless, here are 7 of the strangest Jewish jokes from the fourth season of “New Girl.”

Schmidt receives the awkward compliment during an intimate encounter at his “Bangsgiving” Thanksgiving party. A young woman he’s getting close to on the couch makes the casual observation, causing him to ask: “Wait, what?”

Power-hungry local politician Fawn Moscato compares Schmidt to playboy President John F. Kennedy in a bid to win his affections. She may have a point about his chiseled face and hairstyle, but she follows up by saying: “I hope not, because that would be offensive.”

3) “I’m having my teeth shaved by a 25th of an inch. Fawn thinks that I have the teeth of an immigrant. She says every time she looks at me all she can see is Fievel Mousekevitz singing ‘There Are No Cats in America.’ Those little mice Jews.” (Episode 20: “Par 5”)

Schmidt explains that Fawn, who is now his girlfriend, has some pretty exacting standards for her significant other. Fievel Mousekevitz is the animated star of the 1986 film “An American Tail,” which tells the story of a family of Russian Jewish mice that immigrates to the United States to escape anti-Semitism.

Schmidt nervously questions the quality of his Jewish appearance after spotting his crush at a wedding. His friend Nick refuses to answer, thinking the question sounds like a trap.

5) “It says here we need a murder of peppercorn and — some of that flat Jew bread?” (Episode 17: “Spiderhunt”)

Schmidt is stirring a strange sauce Nick is concocting from an old family recipe. Matzah seems to be among the obscure ingredients “The Sauce” calls for, though Nick’s family clearly didn’t have Jewish roots.

Fawn censors Schmidt after he uses the word “schmendrick” (Yiddish for “stupid person”) in casual conversation. So much for her digging the Jewish Kennedy vibe.

In undoubtedly the most awkward Jewish joke of the fourth or likely any season, guest star Jack McBrayer (aka NBC paige Kenneth in “30 Rock”) asks Schmidt if he’s Jewish out of the blue. The two stare silently at each other for several seconds waiting for a laugh from the audience. Not every joke can be funny.