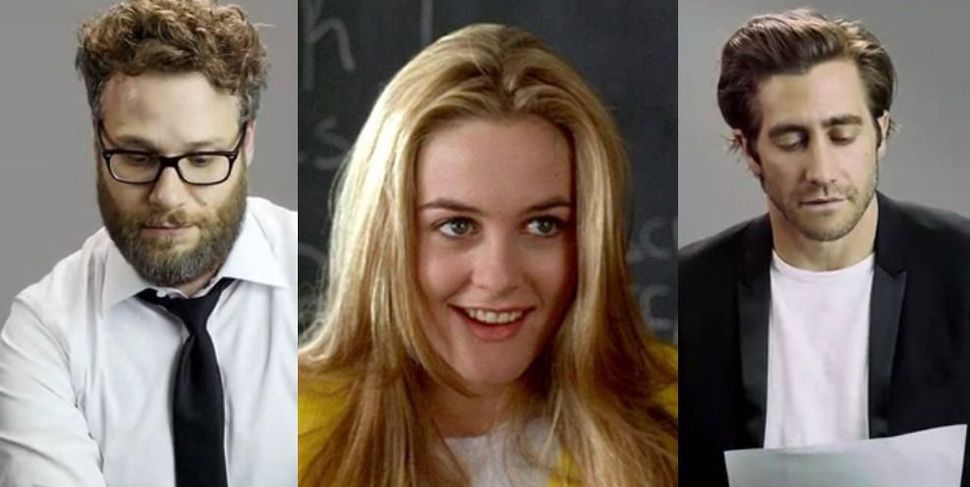 In this installment, the actors were invited to take on Jewish princess Cher Horowitz’s iconic “Clueless” debate monologue, which still seems incredibly apt in light of the current Syrian refugee crisis.

It has been 21 years since “Clueless” first hit the silver screen, so, let us refresh your memory with the original:

And now here are our valiant male actors, doing their best to replicate:

Yes, they all lack a certain sass only Alicia Silverstone can bring to the role (though Seth Rogen does come close. And we are missing the awesome bright yellow cardigan. We still think they all did a pretty good job. We’d definitely invite all four of them to our dinner party. But would they RSVP?

What do you think? Who is your fave male Cher Horowitz?

Let us know in the comments.