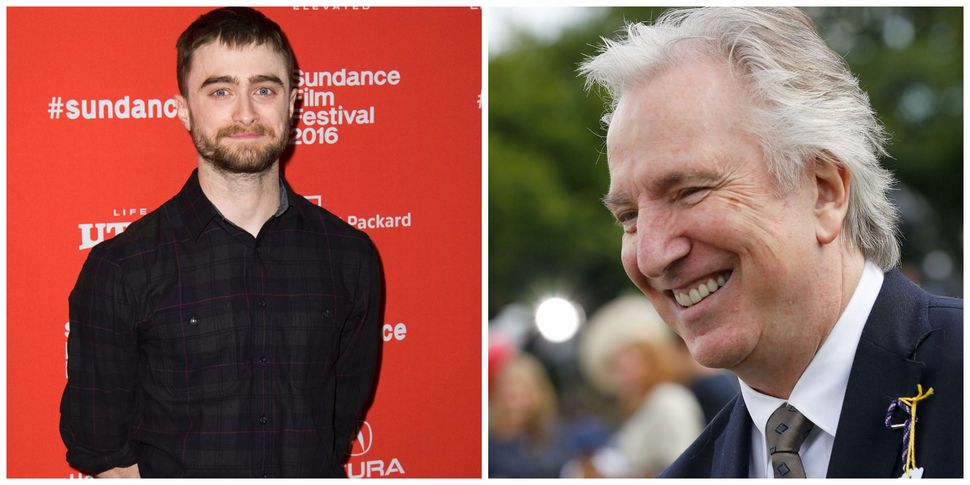 The contentious relationship between Harry Potter and his often-terrifying potions teacher did not continue off-screen.

Daniel Radcliffe, the Jewish actor who played your favorite boy wizard continues to speak openly about his sadness regarding the death of his former co-star Alan Rickman.

Radcliffe spoke to at the world premiere of his new movie “Swiss Army Man” about the influence Rickman had on his acting career.

“On the third film we had a lot of stuff to do together,” said Radcliffe. “And he just treated me like an actor. And the feeling of getting that respect from somebody who’s that much older and better than you really empowers you.”

The Forward reported that Radcliffe and Rickman had a close relationship during and after the filming of the Harry Potter franchise.

Radcliffe was only 11 years old when he was cast as The Boy Who Lived and Rickman played the complex, dark, and misunderstood enemy to Potter, Severus Snape.