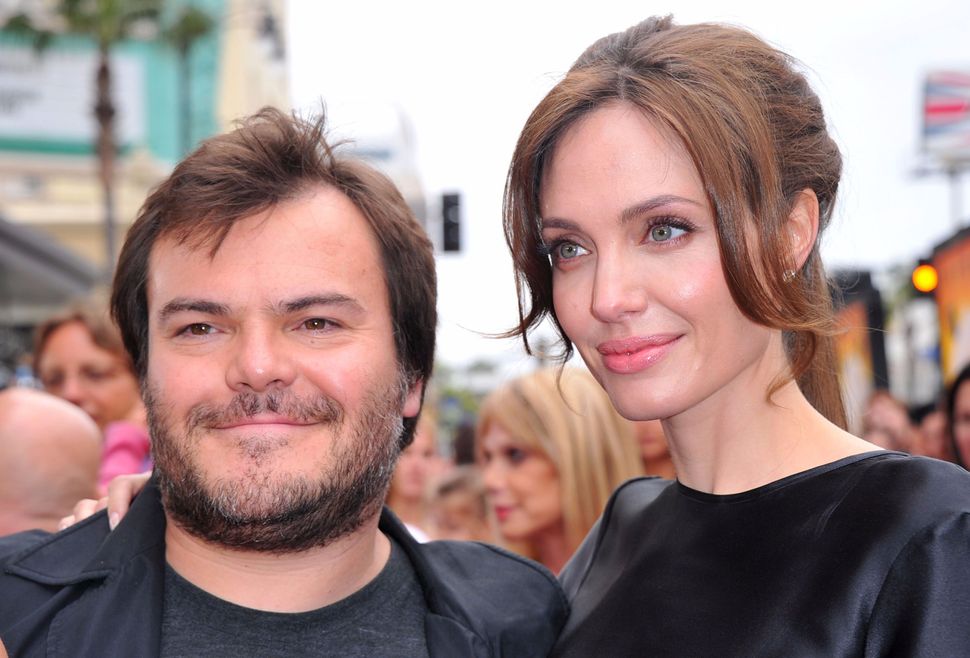 It may come as a surprise to some, but the Kung-Fu star and the singer of the best song in the world is pretty Jewish. Black’s mother was born Jewish, and his father converted to Judaism after they married. He was raised going to Hebrew School and had his Bar-Mitzvah.

But even the biggest Jew would have a hard time resisting an invitation to an Easter egg hunt at the home of Hollywood’s best-looking and most iconic couple: Brad Pitt and Angelina Jolie.

Jolie and Black have been starring in the “Kung-Fu Panda” movie franchise together for years. While they don’t hang out much outside of work, they do spend Easter Sunday together with at Pitt-Jolie household, with Brad, Angelina, Maddox, Pax, Zahara, Shiloh, Knox and Vivienne.

Those easter egg hunts must get pretty competitive when you have so many kids!

“I’m a big Jew, so I don’t really understand Easter traditions,” Black told People Magazine in a joint interview with Jolie, “But I do know this: Easter at Brad and Angie’s is awesome.”

“The kids love it, and so do I,” Black said. Black has two kids with wife Tanya Haden, nine year-old Samuel Jason “Sammy” and seven year-old Thomas David.

But if you’re worried about the kids being lured away from Judaism by celebrating the resurrection of Christ with Hollywood’s most glamorous family, have no fear. Black has resolved to raise his children Jewish.

In fact, he was so passionate about getting his kids into Hebrew School, he preformed his favorite Passover song, Chad Gadyah (which he calls the original heavy metal song) for the Hebrew School staff.