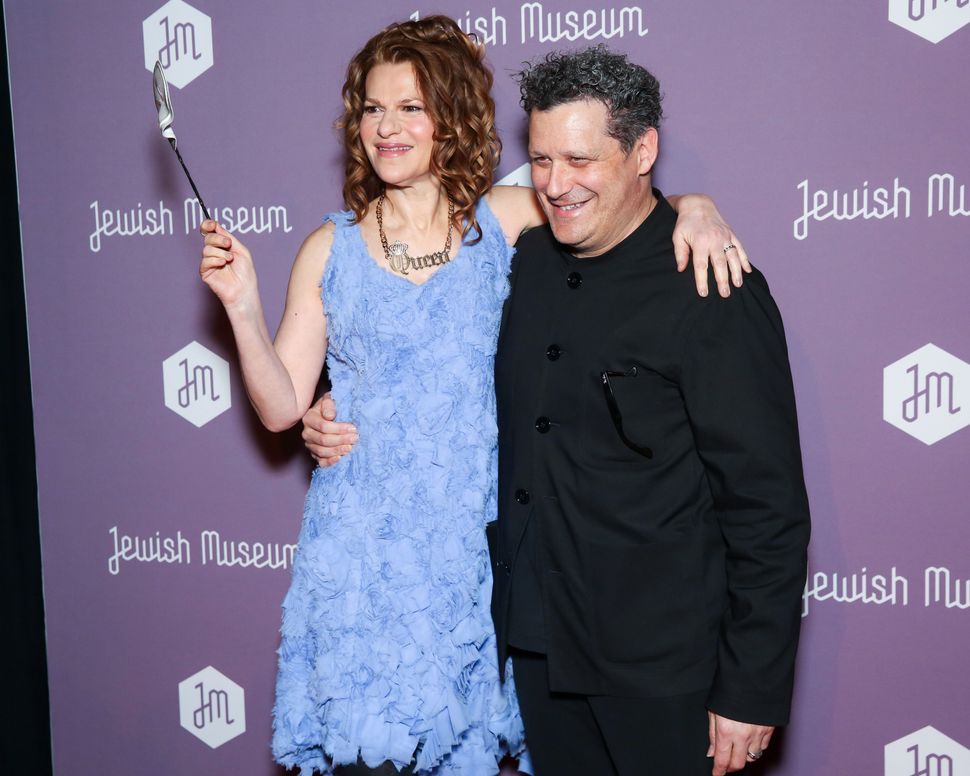 The Jewish Museum’s invitation for its 30th Annual February 24 Purim Ball — with the directive “Wear Your Mask; Leave Your Black Tie at Home” — honored fashion icon Isaac Mizrahi and featured actress/ singer/ comedienne/ Sandra Bernhard in an edgy spoof of the annual Megillah Purim Spiel. Always innovative in its décor — this year’s installation of 10,000 illuminated paper plates bathed in purple and blue which transformed Park Avenue Armory’s soaring interior Drill Hall into a magical space — elicited gasps from the 700 guests.

In her introduction of Mizrahi, Purim Ball Honorary Chair Betty Halbreich reminisced about their early interactions at Bergdorf Goodman, where she had worked for 40 years. “Mizrahi” she noted “has so much creativity, you wonder if someday that man might burst. He goes on and on, reinventing himself. Isn’t that blessing?” Touting his upcoming exhibition at the Museum, Mizrahi teased the crowd for being in New York rather than Florida “where all good Jews should be at this time of year.” 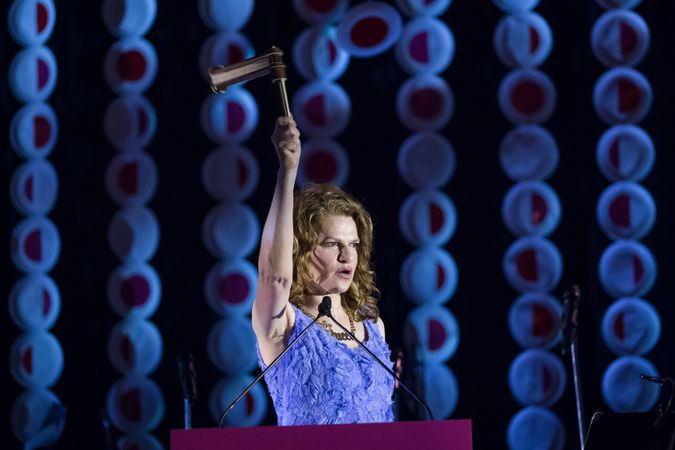 Post an elegant coq au vin dinner, Sandra Bernhard offered her version of the de rigeur edgy annual rendition of the Purim Spiel in which she designated the Megiilat Ester as a “Greek tragedy” Briefly: ‘The Bachelor’ meets ‘Tootsie’ — right? A banished wife…a chance for all the girls in town to catch the eye of King Ahasuerus, and then—the big reveal — ‘Hey! I’m a Jew!’”

The Ball honored philanthropists extraordinaire Joseph and Elizabeth [Suzie] Wilf with its prestigious Mayer Sulzberger Award “for their commitment to the perpetuation of art, culture and education in the context of the Jewish experience.” In his tribute to the Wilf family Museum chairman emeritus Morris Offit recounted the family’s history.

“Holocaust survivors, they built a most magnificent life. As they became successful beyond what they could ever imagine, they never forgot the lessons of their parents about the responsibility of giving back. They reached this place in order to repair the world, to teach that the horrors of the past do not determine the possibilities of our future. This is the message of Purim that the Jewish people have embodied. This is the story we hear and celebrate at the Purim Ball…. Joe and Suzie are emblematic of the heroism and tenacity of the Jewish people.”

Accepting the award on behalf of herself and her husband Joseph, Elizabeth and Offit were joined on stage by Elana Wilf Tansman, Purim Ball After Party Co-Chair, Mark and Zigy Wilf, Purim Ball co-chairs, and Audrey and Jane Wilf, Trustees and Purim Ball Co-Chairs who presented a handcrafted Kiddush cup—designed by Piet Cohen to Elizabeth Wilf.

The celebration continued with an After Party — until-Midnight — attended by a multi-generational mix of 500 young revelers and dinner guests.